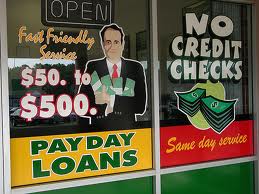 We are all just credit scores which determine how ‘credit worthy’ we are. Unfortunately, with the advent of credit reporting agencies, we now have identity theft problems. Sigh..!! We Americans! We create problems that create more problems.

I have spoken to countless numbers of people who have had bad experiences with credit reporting agencies and the top three are Experian, TransUnion, and Equifax. We are encouraged to check our credit reports for inaccuracies, but when we find them, it is extremely difficult if not next to impossible to resolve the issues. I know, because I have tried.

When we are looked at as a number and not as a ‘human’ being, we are then categorized into worthy, less worthy and worthless, hence the recent subprime loan mortgage mess. Our ability to find a job may be impaired, to find a decent home could be impaired and we’re fine with this. If not, why no hue and cry? Why do we have no problem with this? Is it because it hasn’t happened to you? Is it because those who are impacted adversely by credit reports are considered ‘worthless’ anyway?

I remember when cellphones first came out. The company would check your credit and if you were deemend ‘worthy’, you’d get a great deal, if not, you had to pay a deposit in order to get a phone. Years later, apparently, many people were deemed worthless and thus the beginning of ‘pay-as-you-go cellphone plans. You see, even the worthless can be worth something because big business came to the realization that it was losing out on a potential customer base, so let’s see how we can bring the worthless back into the fold. Aha! Pay-as-you-go plans.

Next, we have furniture stores. Everybody needs furniture, but our credit worthiness is not so worthy, so what are we going to do about it? Aha! Furniture rental stores. Yes, even our ‘unworthiness’ can get us a big tv, sofa, dinette table, but for an exhorbitant rate and what would normally take a few months to pay off because of high interest due to our ‘unworthiness’ will take 2 years before our purchase is officially ours.

Then we have the payday loan companies. If we’re a little short of cash between paydays, they’ll hook us right up, and add a nice hefty interest rate on top of it. Now, we just need to give them our banking information.

Not to forget the Title Loan companies. Same premise as payday loans except that we must leave the title of our vehicle with them and if we can’t pony up the payment with added, outrageous interest rates, well..they got ‘towboy’ on standby.

You see, having a population of abject poor working stiffs is big business. If not, why would there be so many businesses that are making a profit hand over fist despite the fact that many should not be qualified for ‘loans’ due to their credit ‘unworthiness’. Are they doing these people a favor? Maybe, maybe not, but let me put it this way, if there was no money in it, would they be in business?

Lastly, we have the people who are victims of identity theft. What’s to be done about this since it is so prevalent? You figure it out because the last time I checked, it was up to the indivdual who was a victim to get it straightened out and in the meantime, suffer the consequences of the inability to get credit or rent an apartment, get a job and settle for an overblown interest rate and fees on top of fees, oh but we can still get a ‘pay-as-you-go phone and rent-to-own furniture, but try to stay away from the ‘Title Loan’ company, we might just need that car to live in.