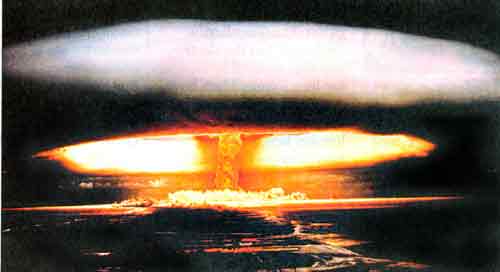 Who blew up the twin towers and blamed Osama?

Who filled the Middle East with so much drama?

Who trains the rebels and then calls them ‘al-Qaeda’?

Who is spying on us and then collecting our data?

Who deposed Morsi and who killed Gaddafi?

Who despised the airmen but entertained the Nazi?

Who never loses and who always wins?

Who is always around when the killing begins?

Who started a war with the people of Iraq?

Who blows up planes when there is no attack?

Who is trying to bomb Syria to take out Iran?

Who bombed Nagasaki and Hiroshima in Japan?

Who is helping the Israelis to kill the Palestinians?

Who grounded the plane that angered the Bolivians?

Who ordered the drone strikes in Pakistan?

Who murdered women and children in Afghanistan?

Who mutilated bodies of the Japanese dead?

Who hid the fact that paint contained lead?

Who is poisoning our food, our air and our water?

Who controls the banks down to the last quarter?

Who caused a reactor to melt to the core?

Who is behind the population becoming so poor?

Who always causes pain? Who do you think?

Who will connect the dots and who will follow the link?

So, we want to start a war with another country because we are pissed off because we have ‘alleged’ that their government used chemical weapons? Seriously? We really want to go there? With all of our shit and not a goddamn leg to stand on?!!!!! We need to sit the fuck down and shut the fuck up!