Skip to content
ShelbyCourtland The Damned, The Planet April 13, 2014 1 Minute 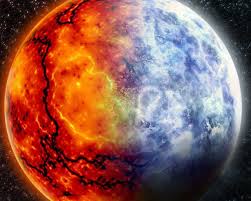 When the earth gets to shaking, she wants the parasites out.
She’ll heave and fuck us up; she knows what she’s about.

She’s tired of our nukes and fed up with fracking shit.
We just take and take and take, never knowing when to quit.

She gets torn all to pieces as we’ve got to dig so deep.
We’ll soon be a’ wailing or be dying in our sleep.

Oh, they say this ain’t the big one; she’ll calm down for sure.
Don’t worry unless they tell you to, your fright is premature.

When you’re feeling all secure, she’s gonna send your ass to hell.
If you think that she’s not had it, when she does, it’ll be farewell.

….and by all means, keep fracking(hydraulic fracturing), ’cause it’s good for the earth see!

Ohio is setting new permitting conditions in earthquake-sensitive areas and has halted drilling indefinitely at the site of the March quakes.

COLUMBUS — State geologists in Ohio have for the first time linked earthquake activity in the Marcellus Shale basin to hydraulic fracturing, confirming the suspicions of activists pushing for drilling limits in the interest of public health.

He said Ohio is setting new permitting conditions in earthquake-sensitive areas and has halted drilling indefinitely at the site of the March quakes.

9 thoughts on “She Wants The Parasites OUT!”