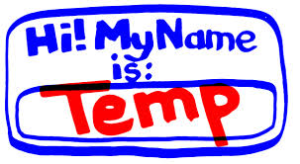 Oh, I care, indeed I do.
But I don’t give a fuck what happens to you.

I care only about me and you taught me well.
As far as I’m concerned, you can go to hell!

When things were looking up,
you drank from the golden cup.

But a lot has changed and all for the worse.
It’s like you’re a victim of a witch’s curse.

Look in the mirror; you’re the one to blame.
What you did unto others; you’re getting the same.

It’s no fun when the shit’s hitting your face.
The sad truth is, this needn’t have been the case.

As I look around, ‘temping’ is the new norm.
You’ll never get to fill out a real application form.

There’ll be no 401K to get you through the golden years.
At night, you’re shaking; you’ve got so many fears.

Whatever the future holds, it don’t look good.
You’ll end up dirt poor, in all likelihood.

Don’t say you didn’t see this coming, you were caught by surprise.
It’s been going on for years and you could never sympathize.

Oh, but you do now and it’s much too late.
Is it really such a shame, what is now your fate?

For Americans who can’t find jobs, the booming demand for temp workers has been a path out of unemployment, but now many fear it’s a dead-end route.

With full-time work hard to find, these workers have built temping into a de facto career, minus vacation, sick days or insurance. The assignments might be temporary — a few months here, a year there — but labor economists warn that companies’ growing hunger for a workforce they can switch on and off could do permanent damage to these workers’ career trajectories and retirement plans.

“It seems to be the new norm in the working world,” said Kelly Sibla, 54. The computer systems engineer has been looking for a full-time job for four years now, but the Amherst, Ohio, resident said she has to take whatever she can find.

“I know a lot of people who are doing this temping. It seems to be the way this is going,” she said.

I remember many years ago when I first heard about ‘temp’ jobs and I thought, “Oh shit, this ain’t good! The abject poor are going to get hit by this, especially Black people” But what was done about this when it was just beginning to come down the pike? Not a goddamn thing! Many just figured that it couldn’t and wouldn’t affect them, but now that the shit has hit the fan for those who thought they were immune, it ain’t such a distant memory any more. It’s here to stay and it’s the new way of doing business and it ain’t going nowhere! Isn’t it just fun to ignore the plight of others until the shit is all up in YOUR face? Anybody up for another heaping helping of apathy, complacency and “I just don’t give a damn until it’s impacting me, pie?” Yep, right in your face! Step right up! Next!

Get ready for what’s coming!
Look lively there and all.
Think not of what you had,
into that gutter, won’t you crawl?

6 thoughts on “Is It Really Such A Shame?”