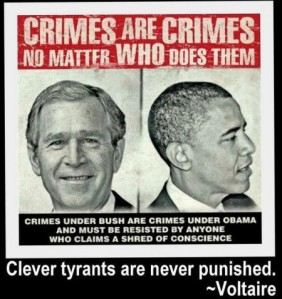 The next time you find yourself on a goddamn airplane and you’re looking askance at someone who appears to look like he or she is from the Middle East, you best look askance at that American soldier who is sitting in the seat right next to you. He or she is the one most likely to get themselves in the news for going the fuck off on some post traumatic stress shit from endless deployments and for killing people who’ve done not a goddamn thing wrong to them.

We are busy being pointed towards a made-up enemy by the worthless warmongering shits that’s got three-fourths of the United Snakes of America hating all up and down on the people of the Middle East that we’ve been fucking over for decades past and present. And then you wonder why somebody from the Middle East should EVER want to fuck us up? You can thank your goddamn terrorist organization called the United States government for that shit since they are hell bent on terrorizing the whole goddamn world, especially the Middle East.

The CIA is as I type this, fostering hate all over the world and CIA operatives are training rebels to shit stir and are making moves to topple democratically elected leaders of other nations while we are being made to look elsewhere with finger pointing government officials telling us who our enemy is when if indeed they are our enemy, they were made so by the useless fucks we elect and those they represent, the rich warmongers who get their fucking jollies off on destruction, chaos, calamity and death and who are laughing all the way to the goddamn bank.

It is no accident that the shit that’s going down in Iraq is all over the news all of a sudden. We had heard nothing out of Iraq for quite some time even though things were not exactly kosher there. There were suicide bombings almost daily and a shitload of other hellish nightmare acts that has riddled that country since America’s filthy paws swiped the hell out of Iraq, time and time again.

Don’t you sit your fat American ass down on a goddamn plush ass couch and point at an Iraqi citizen and declare them to be our mortal enemy. Remind your stupid ass that since 1991, America has aided and abetted in the killing of over a million innocent people in Iraq. Remember the lies that were told to get American troops sent into Iraq. Remember the reasoning behind American troops remaining in Iraq long after the lies had come to light. Remember all the billions that American contractors made in Iraq. Think of the wasted trillion of our tax dollars all over a lie that Bush thought was fucking funny. Yeah, our elected officials have always been all heart, honest and full of integrity and if you believe that load of horseshit, then believe this, we ain’t got a goddamn thing to do with the chaos that is now loaded down in Iraq. We fucking start shit because of our fucked up agenda and dependence on foreign oil and because we can’t fucking stop coveting what some other country has because this one has gone to shit and ain’t no goddamn body trying to fix the issues in America. Bridges falling into rivers, drinking water tainted with every toxin you could name. Trains are steadily derailing with crude oil spilling into lakes and streams and drinking water. Electric grids are antiquated and failing. Droughts are causing entire towns to turn into ghost towns and yet, we need the military to go back into Iraq(like we fucking ever really left)because we need to help stabilize a country that WE fucking destabilized. We make so much goddamn sense and if you can’t sense the sarcasm, then hit yourself upside the fucking head to get the brain cells moving.

You want to feel safe, do you? And you think that the reason you don’t feel safe is because of some Mid East threat coming here? Feel threatened motherfuckers because it’s YOUR fucking American government that would cause a goddamn calamity to come to America. Your filthy ass government is hell bent on trying to cause some hellacious shit to be unleashed in America because then they can again point the finger at some innocent people and unleash hell on them. We are already of no account because we don’t whimper at all when getting radiated to board an airplane. We don’t whimper at all at the fact that every keystroke we type is headed straight to spy central. We don’t whimper at all that we can be taken out of our homes on some bullshit and be indefinitely detained without counsel and without being charged with a crime. We simply believe in the goodness of our government. Are you fucking kidding me? Your government is your mortal enemy! Get a goddamn clue, clueless motherfuckers and stop with the lame brain nonsense that your government would do you no harm and start thinking for yourselves. You’re busy looking around for the enemy and the enemy is every single goddamn lying, corporate-owned whored out politician. Not a one of those evil useless motherfuckers has your interest at heart. It’s all about money and power. You ain’t got it peons and so therefore, you are useless and insignificant. They’ve bigger fish to fry because your ass is already toast and don’t they know it.

America ain’t got long before it will be replaced as the world’s top dog. The shits that run this stinking, sinking shithole barge know this and they are in a last desperate ditch struggle before they go down for good and guess what! They’re taking you down with them. But remember, you were warned but you just couldn’t be bothered because you didn’t want to know. Just wait, you ain’t seen nothing yet. When the shit hits the fan, you’ll turn on your own mother and that’s a fact!

Those people in the Middle East were never your enemy. You were told that by your government and because you didn’t want to believe the obvious, you chose to take the easy way out. Well, it ain’t gonna be easy much longer. The people of Iraq ain’t gonna be the only ones suffering, tremendously! A hard row to hoe is coming to America. “So look lively there and all! Think not of what you had, into that gutter, won’t you crawl?” And crawl, you will; useless ass, clueless, hypnotized, brain dead Americanos…and remember to ‘look lively’ when you’re crawling!

6 thoughts on “A Government Of War And Terror!”