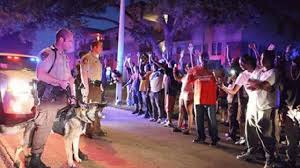 Black men, you’re wrong no matter what you do!
They can’t leave you the fuck alone, you’re shot for being you!
You know it’s your fault right?, because your Blackness is a crime.
And for that if they don’t kill you, you’re off to do some time.

They hate your fucking guts and they want your women too.
If they can turn the Black man gay, then what’s he gonna screw?
While the white man fucks a sister, he laughs behind your back
at all the ways that he’s devised and strategized his attack.

You’re demonized and humiliated in front of one and all
when they yank your sagging pants down in the middle of the mall.
They’re out to emasculate you and bring you to your knees.
They want you begging for your life while you’re screaming, “pretty please!”

What difference does it make if your pants are on a sag?
The whites don’t want to hire you to put their groceries in a bag.
They complain about the shootings and poverty in the hood
and when another Black man’s killed they say, “It’s for his own good!”

Oh, you pretentious hypocrites with your stats and graphs and charts
it don’t matter what you say when a Black man’s stopped before he starts.
If they’re shooting one another, the fucking gangs are so damn bad
but when the cops kill just for fun, that shit is just a fad.

11 thoughts on “They Hate Your Fucking Guts!”