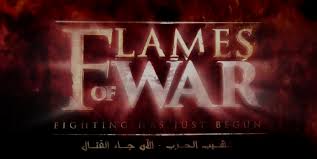 ISIS is on YouTube
and they’ve got a Twitter feed.
The NSA can’t find them,
but they know I’m smoking weed.

When al-CIAda palled last year,
another scapegoat did they need.
So here comes ISIS to the rescue.
They’ll fill the bill indeed.

Who’ll be next, I’m not sure,
but I know they’ll make it good.
They’ve got to fan the flames,
like with the Muslim Brotherhood.

Obama’s lost his mind,
he and McCain are bat shit nuts.
They’ve got a trigger happy finger.
I wish they’d bang some nasty sluts.

Oh we’ll pay the price, we will
for the criminal minded whores,
when Putin turns off the gas,
the EU won’t toast no s’mores!

So, terror has a new name.
What will they think of next?
Why can’t the NSA find them?
Because with me, they are obsessed!

Oh, I’m flattered, yes I am
but that don’t cut no ice.
The bad guys get away
and someone’s head just paid the price.