Skip to content
ShelbyCourtland About Me, Emotions, Feelings, Fuck The World, I Am ME!, Inhumanity, Poetry(Dark), Writing October 10, 2014 1 Minute 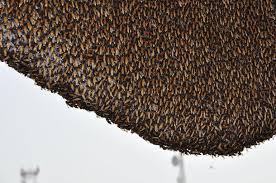 I know I said I was a good girl gone bad,
but I didn’t know that I’d eventually go mad.

The white-coated men can just haul me away.
I’m too far gone and ain’t nothing I can say.

One minute, I’m all about flowers and trees,
and the next I’m swarming like killer bees.

Who the hell knows what will happen next?
I often leave my readers quite perplexed.

Maybe, I’m the female Jekyll and Hyde
and it could be that I’m quite certified.

Who couldn’t go crazy in this fucked up world,
where madness reigns and evil’s flag’s unfurled?

If I doubt my sanity and wonder if I’m sane.
it’s because I see a world suffering in pain.

And when I feel sorry and sad for me,
I’m not getting bombed like those across the sea!