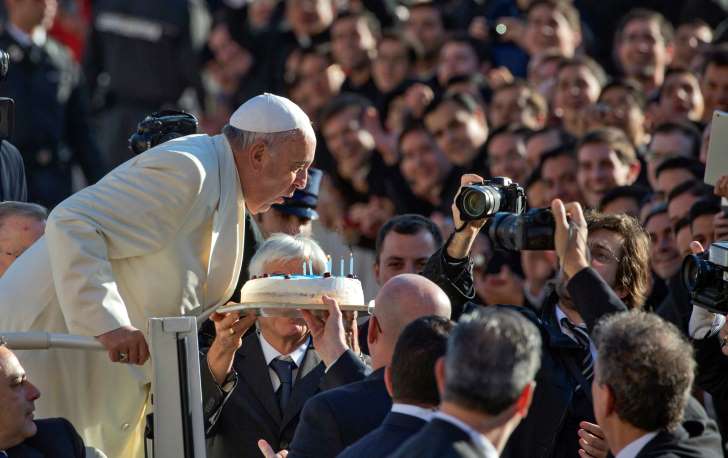 Pope on Charlie Hebdo: There are limits to freedom of expression when religion is insulted

Pope Francis said Thursday there are limits to freedom of expression, especially when it insults or ridicules someone’s faith.

“There are so many people who speak badly about religions or other religions, who make fun of them, who make a game out of the religions of others,” he said. “They are provocateurs. And what happens to them is what would happen to Dr. Gasparri if he says a curse word against my mother. There is a limit.”

So there you have it folks, from the good Pope himself. Free speech is all very well and good, but for many, there is a limit; a line that can be crossed. Say the wrong thing, provoke me and you just might find yourself getting your eye poked out. Oh, you can say whatever you want but when you do, be prepared to accept the consequences when your free speech strikes a nerve in me. It doesn’t matter if it’s over religion, the right to bear arms, corporal punishment of your children, or whether or not gays should have the right to get married or even over abortion rights. Rile me up good and proper over something that I feel strongly about and if I’m crazy enough, then you just might find yourself staring down the barrel of one of my ‘right to bear arms’ arms. Yeah, it’s that fucking simple, stupid! If you didn’t know, now ya know!

So keep provoking people with your free speech and expect what happened to happen because what you don’t seem to realize is that if in France, I draw a cartoon depicting anti-Semitism, I’m going to jail. But that’s me expressing free speech, isn’t it? Well, isn’t it? What if I drew a cartoon of a Jewish person sitting at a table on Shabbat holding money in one hand and a fork in the other, looking hungrily at a suckling pig with an apple in its mouth? Or better yet, say that the ‘Holocaust’ didn’t happen. Is that okay to do in France? Go on over there and find out! And then tweet us from jail about your experience. Why doncha? See if you can get 5 million tweets showing solidarity for your freedom of expression, a great big group hug from the world’s leaders and millions marching outside your jail cell protesting your arrest! Give it a go!