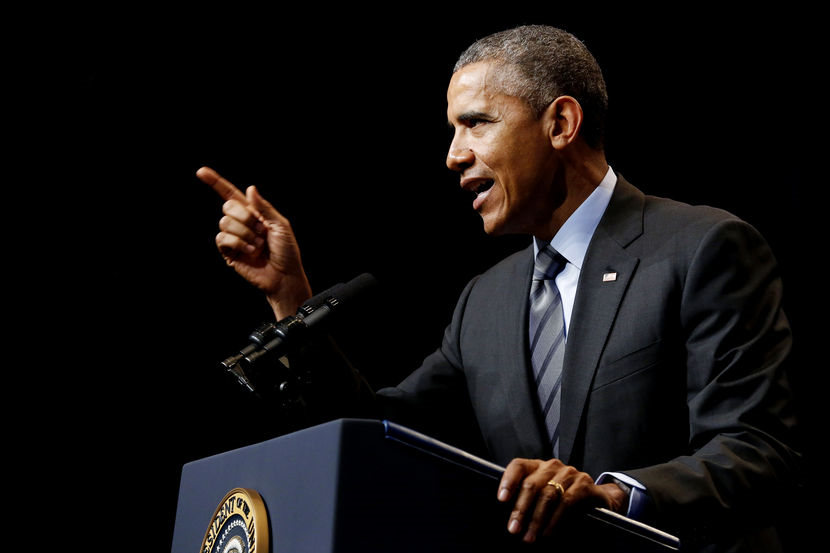 “Venezuelan officials past and present who violate the human rights of Venezuelan citizens and engage in acts of public corruption will not be welcome here, and we now have the tools to block their assets and their use of U.S. financial systems,” the White House said in a statement.”

Venezuela is violating the human rights of THEIR citizens???!!! …AND the Venezuelan government is corrupt? Oh really??!! For real??!! The United States is violating the human rights of its citizens and you, you piece of filthy ass shit ain’t doing a goddamn thing about it or even posturing over the fact that human rights abuses abound in this shithole called America. And what government body could be more corrupt than the shits that take bribes and kickbacks from the ‘corporations are people’ corporations? Here is a list of American state and local politicians convicted of crimes, but this piece of shit is pointing the finger at Venezuela? For the love of ……!!!

And speaking of human rights abuses, my Black ass cannot even stand on a goddamn street in New York city and sell some loose, untaxed cigarettes without getting choked to death! That is not only a human rights abuse, that is motherfucking outright murder! And the fucks that committed that murder, walk around, free as a goddamn bird.

A 12-year old child by the name of Tamir Rice was gunned down in a park by filth in blue for playing with a toy gun and he is to blame for his own death and THAT is not a human rights abuse, not to mention, once again, goddamn out and out murder.

A mentally ill Black woman got her faced bashed in and beaten all about the body in California for having the goddamn gall to walk down the highway and what happened to her is not considered, a human rights abuse?

Let me set the record straight. What are human rights? Human rights are rights which you are entitled by virtue of being human but apparently, many of us who are American citizens are not considered, human and for that matter, neither are many other people that are held in secret U.S. prisons all across this planet, be they American citizens or otherwise.

Also this article states that the U.N. holds U.S. Accountable for Human Rights Violations At Home and Abroad but what I would like to know is, how so? Because in the article:

“The committee condemned the United States’ lack of accountability for disappearance, torture, and unlawful killings of terrorism suspects, and its failure to apply the ICCPR to international operations. In addition, the committee denounced racial disparities in law enforcement that have led to the incarceration of a disproportionate number of minorities (particularly Blacks and Latinos), effectively denying them basic human rights throughout the criminal justice process. This includes severe sentencing such as the death penalty and life without parole for juveniles; improper use of solitary confinement; and denial of civil rights following incarceration (most notably, the right to vote).”

Again, how is the U.N. holding the U.S. accountable for its human rights abuses since not a goddamn thing has changed? The U.S. is busily abusing our human right to privacy at this very minute by recording my motherfucking key strokes and listening in on my phone calls and having the ability, if they don’t like what they see or hear, to have my ass drone struck at any given moment without benefit of counsel or trial. So what the fuck difference did it make for the U.N. to even bother condemning this shithole for human rights abuses when this shithole is GOD to the goddamn world by virtue of its military?

This GOD called America can determine that Venezuela is abusing human rights when this shithole has not one goddamn human rights leg to stand on because they’ve all collapsed in a heap and been shoveled into a goddamn hot ass furnace, burned the fuck up and the ashes as was the case with Osama bin Laden was thrown into the goddamn Ocean, never to be seen or heard from again! Damn it all to hell! The blatant, outrageous hypocrisy of the shits at the helm of this lopsided, sinking, stinking shithole barge, knows no bounds! How the hell do they come off looking askance at another country’s perceived human rights abuses when this shithole is mired in human rights abuses and is damn fucking proud of it? Just ask Dick Cheney who is so fucking proud of the fact that innocent people were tortured to death, so proud to the point that he would do it all again in someone else’s heartbeat! Now if that don’t beat all? Why that heart that he stole from someone that was most likely cooling their heels in a U.S. prison, refuses to beat in his filthy ass chest is a mystery to me! Because if it was my heart that they had given to that depraved, blood thirsty, demonic bastard, it would have leaped up off the goddamn table and fled the goddamn building and thrown itself in front of a motherfucking bus so as not to get set inside that filthy bastard’s nasty ass chest! Meanwhile, Chelsea Manning is rotting in prison for exposing torture, war crimes, lies and hypocrisy, otherwise known as human rights abuses while Edward Snowden is in exile for exposing human rights abuses in the form of the U.S. government spying on us all as if we are all, enemies of the State. If that don’t take the goddamn cake!

Is the U.N. going to recommend that the U.S. sanction its damn self over its human rights abuses? Fuck no because everybody is goddamn terrified of the U.S. and with good reason, with the exception of Russia’s Vladimir Putin who even condemned this shithole for the human rights abuses perpetrated on the Ferguson protesters when they protested the murder of Michael Brown by a racist ass cop. China had this to say, “It’s ironic that the U.S., with its brutal manner of assimilating minorities, never ceases to accuse China and countries like it of violating the rights of minorities,” and Russia had this to say, “Russia’s Foreign Ministry said in a statement last week that the United States needs to clean its own house if it wants to call itself a “bastion of human rights” that “declares its own ‘exceptionalism.’ ”

“I would like to advise the American leaders to pay more attention to restoring order in their country before imposing its dubious experience on other states,” the Foreign Ministry said.”

But now the shits that run this shithole are pointing the human rights abuse finger at Venezuela and getting out the “SIGH”….sanctions book AGAIN! Who the fuck hasn’t been, is being or will be sanctioned by this hypocritical shithole? Cuba has been sanctioned as has Iran, Iraq, Russia, Burma, North Korea, Côte d’Ivoire and now, Venezuela.

AGAIN, I say, “WORLD!!!” Get your act together! Get up off your ass and blow this shithole to hell! Send your goddamn secret messages by carrier pigeon if you have to in order to elude the goddamn NSA, CIA, FBI and all the rest of the spying eyes over here and carry this thing through to end the reign of this shithole and blow Great Britain’s ass to kingdom come along with it because the two go hand in hand. Cut your losses already and get with the program that this shit is never going to let up off your ass and the hypocrisy is overwhelmingly all up in your face. It is undeniable and they lie and don’t even blink!

WORLD, you’ve got three choices! Expect to kneel and continue to kowtow to this sick ass twisted shit here in America and in Great Britain or get sanctioned to pieces and then have drones and other missiles raining down on your heads or plot together and destroy this shit, once and for all! My continued hope is for the latter! Do yourselves and US, a goddamn favor! Blow it the hell up!!

11 thoughts on “Obama, You Hypocritical Bastard….!”