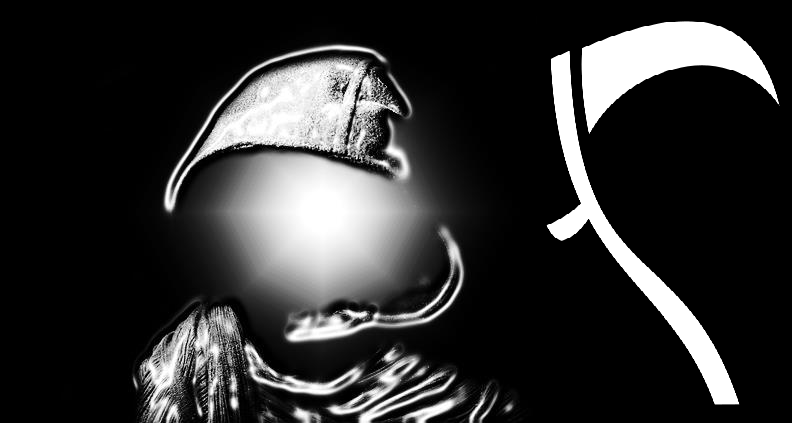 Screams during the day;
rioting at night.
A president that’s indifferent
as he caters to the right.

Pulled over for no reason,
dragged out onto the street.
Hanged in a Texas cell
by those that wear a sheet.

Torn from his mother’s arms
by a cop that shot him dead.
A child was twelve years old;
to the grave, his coffin’s led.

They broke his neck and lied
just like they always do.
And then they called us thugs,
but that ain’t nothing new.

The white man simply laughs.
He’s got us by the balls.
We’re either dead on any street
or we’re behind his prison walls.

The white folks look at us.
And then they turn away.
They are all one and the same.
And yet, they have the nerve to pray.

They hide behind their god
as they sing Amazing Grace.
It was written by a slaver.
But isn’t slavery still in place?

You are fooled by all their smiles
and you sing a slavers hymn.
Forgiving, yes you are
as they hang you from a limb.

I don’t know what is wrong with Black people. We are getting fucked up daily and yet, we are THE most forgiving group of people. Why is that? What makes us so damn accepting and forgiving? Why do we simply bend over and continue taking a heaping helping of ass whooping? One thing I can say about me, I never knew how to dance. Never did. I always wondered about the fact that I am Black and yet, when I got up to dance, it was assumed that I had found a dozen roaches and was attempting to stomp ’em. I think that that is the main reason why I refuse to jive down the goddamn street to the white man’s tune, I can’t fucking dance anyway. And even if I could, by now, with all the shit that’s been going down, bullshit jiving would be the last thing that I would be doing right about now. When will we ever learn? Put those goddamn protest signs down and ask yourself, how many years have we been doing the same damn thing over and over again and expecting different results? What is the definition of insanity? Yeah! You know! Doing the same goddamn thing over and over again and expecting a different result. You tell yourself, “It’s gonna be different THIS time,” but it never is. #BlackLivesMatter is gonna save the day. Don’t kid yourself. That group is as powerless as you are. The next time you see a raging inferno, take a cup of water to it and see what it does to that inferno.

The laws in this murderous hellhole called AmeriKKKa weren’t made to protect us. That is why we don’t stand a chance when we are confronted by the white man’s law. The law that they apply to us does not apply to them. They don’t do any wrong. Just ask that Uncle Tom sell-out in the White House and that piece of shit, Eric Holder that just showed us the back of his heels after leaving the ‘Justice Department’. Which Wall Street banker went to jail on corruption charges? Money laundering? Fraud? Nada! Non! None! Not one! And yet Eric Garner was attempting to add to his coffers by engaging in a bit of selling of loose, untaxed cigarettes and he is now in a coffin. You see, he wanted to be a businessman, but he couldn’t play by the white man’s rules because you have to be white in order to do that. To be a businessman, you’ve got to have the proper credentials; you’ve got to have the proper pedigree; you’ve got to be a white, lying, cheating, conniving, worm. And Eric Garner could never aspire to that.

Now, Black folks, try to go to the bank and take out a small business loan and see what you get. First, they’re going to do a criminal background check, and if you’ve been pulled over and weed was smelled inside your vehicle; well, there goes the loan. If you somehow pass the criminal background check, they’re going to check your credit score. Now, if you’ve missed one goddamn electric bill payment, no loan for you. But I’ll stop you from even wasting your time, YOU AIN”T GONNA GET A LOAN! Simple as that! Why? Because you ain’t white! Why do you think credit scores and background checks were put into play? Think! Who do they adversely affect? Look in the mirror. There you go! And that is why, there you go, right out the goddamn door of the bank, just as empty-handed as when you went in. And of course, you’re thinking that it’s all your fault. It’s not. But they do their damndest to try and make you believe that somehow, you’re not worth a penny. Don’t buy it! It’s not you that’s worth nothing. It’s them because you see, they’ve put a price on everything and according to them, your life ain’t worth spit, but the reality is, if you could pull the face off a white man, beneath it, you’d find death. That is why it is so easy for them to kill. It is because they are already dead inside. They have no heart. They have no soul and therefore, cannot have compassion or any other feelings for that matter. That is why they can pull you out of a vehicle for nothing and hang you. That is why they can shoot you in the back and plant evidence against you. That is why they can shoot a twelve-year old boy and not blink. That is why they can beat a Black woman to death. That is why they promote perversion, homosexuality, sex changes, war, human experimentation; because when they look in the mirror, they see what you don’t see. They see exactly what I’ve told you they see. They see death and that is what they promote; your death and everybody else’s because if you look around, who is doing the dying and who is doing the killing? And who started it ALL? You better wake the fuck up to what you are dealing with because death stalks this earth in the form of the white man, killing everything in his path!

Still not sold? Who built nuclear weapons and used them? Who killed the Indians for their land? Who went to Africa, stole her people and enslaved them? Who initiated a war in Iraq over a lie? Who is behind the poppy production in Afghanistan that has found its way onto every street in this shithole called AmeriKKKa? Who infested Black communities with crack? Who is sending Black bodies to the morgue by the thousands? Who is putting poisons in your food, your water and in your medicines? Who is jailing you for crimes you did not commit? Who is making up laws just to send you into For Profit prisons? Who is dismantling the public education system? Who put Jim Crow laws into effect? Who decided that two men and two women could get married? Who decided that sodomy was not a crime? Who legalized alcohol; a mind altering drug, but puts you in jail for possession of weed, a plant? Who is gentrifying your neighborhoods? Who is throwing you the fuck out by making it too expensive for you to live where you’ve always lived? Who is turning off your human right to water? Who is pretending to be benevolent by operating a charity and then stealing the donations? Who is screaming the loudest about taxes while paying none? Who is accepting bribes and kickbacks for working against your interest? Who denied you the right to vote? Who told you that you were three-fifths of a person? Who bought and sold you like cattle? Who lynched you? Who should you fear the most? The answer to every one of these questions, that’s who! And yet, you continue to march right up to the door of this shit and expect relief! Get real and prepare your ass for what’s to come!

8 thoughts on “They Hide Behind Their god!”