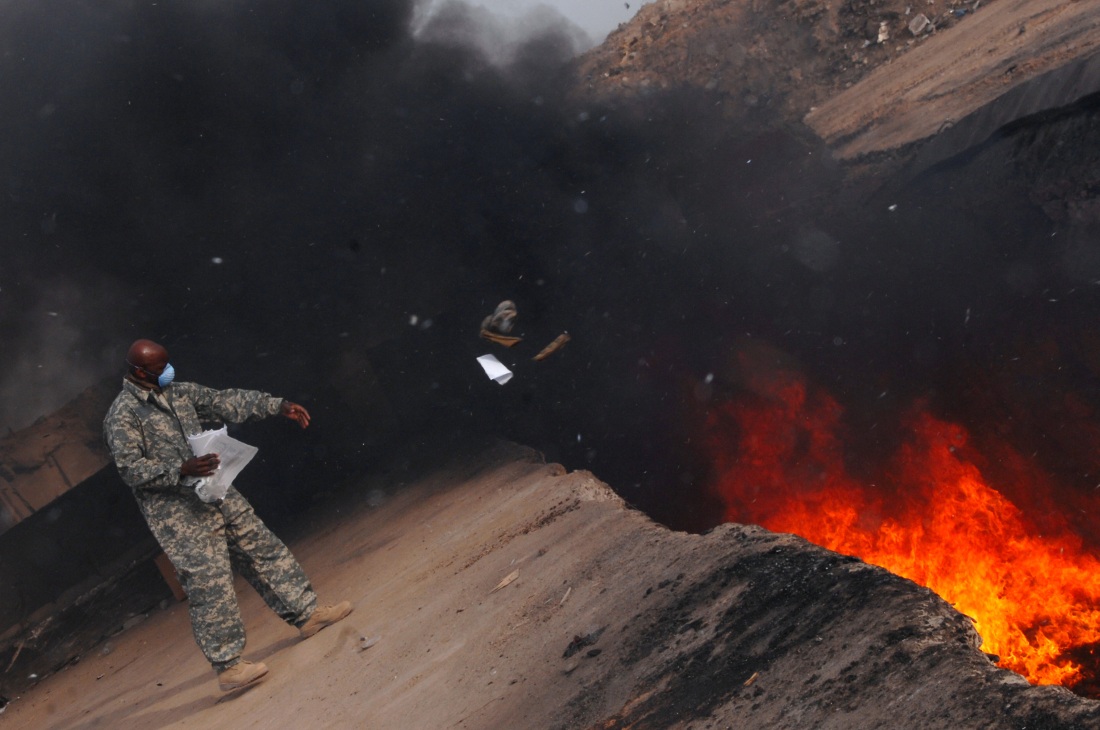 The face of freedom is not a soldier.
Freedom cannot be found inside a voting booth.
It is not about saluting the stars and stripes.
And we’ll never gain it by giving to war, our youth.

The price of war is way too high.
And I’m not speaking of missiles and drones
or Blackwater thugs on Halliburton’s payroll
but about what lies beneath the tomb of the unknowns.

Democracy can never be spread by war hawks and warmongers.
The children born to woman are sent to an early grave.
And men, though you play a role in the conception of a child,
many of you are too far gone and you have no soul to save.

Tell me, how many wars will it take to get to peace?
When will you learn that the end to wars begins with you?
How many times were you dropped on your head to get so stupid?
I wonder because it couldn’t have been just a few.

I hear tell that many are concerned about ‘burn pits’ in Iraq.
Why were you even there and why were you not concerned over those you killed?
You talk of karma and how it comes back to bite you on the ass.
Now that you have cancer and the VA said, “It’s you who’s getting billed,”
you want sympathy from me and you’re not going to get it
because you chose to go to Iraq and satisfy your thirst for killing.
Pardon me while I spit on your grave because you are no loss.
And I wouldn’t pay a goddam penny for your care; not one shilling!

They said that you were a completely healthy specimen when you went to war.
I beg to differ. You were just a sick and twisted mercenary killing machine.
And now that you are six feet under thanks to being a warmonger’s whore,
on your tombstone, useless words tell the lie; “Here lies a brave marine!”

A former half-marathoner who once jogged along the irrigation canals near his Albuquerque home, Sgt. Jessey Baca, a member of the New Mexico Air National Guard, no longer has the energy to wash his truck or tend his garden. He’s created a bucket list. His days, he said, “are numbered.”

But five times weekly, Baca dons his Air Force uniform and drives to Kirtland Air Force Base. That duty preserves his cherished link to national service. The diagnosis has forced him into light duty -– computer work. And that change, he admits, is “hard to accept” for a man who once lived “at 100 miles per hour.” Some mornings, he must will himself out of bed.

Ahhhhhhh, ain’t that a shame, what a goddamn shame that is! Sgt. Baca feels so damn ill that he has ‘created a bucket list’ and all because he was a sick and twisted mercenary killing machine who signed on the dotted line to kill or be killed and now that the so-called ‘burn pits’ are killing his ass, he is now real upset. He is not taking responsibility for what he set in motion; oh no, never that! He is going to lay the blame on some open-air ‘burn pits’ in Iraq and Afghanistan because it’s not like he was over there to kill people, he was there on vacation and those awful ‘burn pits’ were just a stinking up the place and causing biohazard situations and how is that on him? No! He was not on vacation, he was a hired killer; prostituting himself to the warmongers and his medical issues are indeed, on him. They are all on him, but Americans never accept responsibility for their actions. They can suit up and get shipped out to kill people, but when the shit hits the fan and comes back to bite them in the goddamn ass, it is so unfair; it is all so tragic and horrible and get the black crepe out and the violins to play a mournful tune because an American life is worth so much more than those that Americans kill. Well, let me disabuse you of that notion. Americans are some stinking ass useless, stupid shits filled, not with ‘exceptionalism’, but with an unquenchable thirst for blood; you’re nothing but a vicious pack of inhuman, barbaric and savage rejects from hell!

This shameless bastard has said not one goddamn word about the innocent people that he killed in Iraq, all over a lie; no that’s no problem. He is now sick and that is THE problem of the year! Hear ye! Hear ye! Sgt. Baca put his life on the line for the warmongers to grow ever more richer and we are to feel sorry for him because he killed, ate and slept near ‘a huge, open-air burn pit’ that was just spewing toxins into the atmosphere and that was just so goddamn wrong, it ain’t even funny. Hundreds of thousands of innocent Iraqi men, women and children were brutally tortured and murdered thanks in part to Sgt. Baca’s thirst for killing, but we are not to focus on the innocent Iraqi people and the people of Afghanistan who were needlessly killed, we are to feel so bad for Sgt. Baca because he can no longer drive his Humvee and launch his rockets against innocent people. He can no longer jog, wash his truck and tend his garden and getting out of bed is a drag. Well, ain’t that a bitch? That bitch is called ‘karma’ and is well deserved. And I bet that before this killer expires, he will never even think of the real reason why. He will never consider in a million years that it was his goddamn choice to go to Iraq and Afghanistan and whore himself out to the likes of George W. Bush, Dick Cheney, Colin Powell, Barack Obama, the corporate bigwigs at Lockheed Martin, Boeing and all the other makers of war machines; the war profiteers. He will never admit to himself that he made the choice to kill or be killed and that the blood of the innocent that he killed is on his filthy guilty hands. The blood of the innocent cries out for retribution and  it shall be delivered unto them, for no man can kill the innocent and not rue the day he did so.

Rest in peace, innocent people of Iraq and Afghanistan and Libya and Syria and Yemen because the worthless, twisted military whores that killed you are finally coming into their own; the chickens are coming home to roost and that ole karma is eating them from the inside out!

23 thoughts on “The Face Of Freedom Is Not A Soldier!”