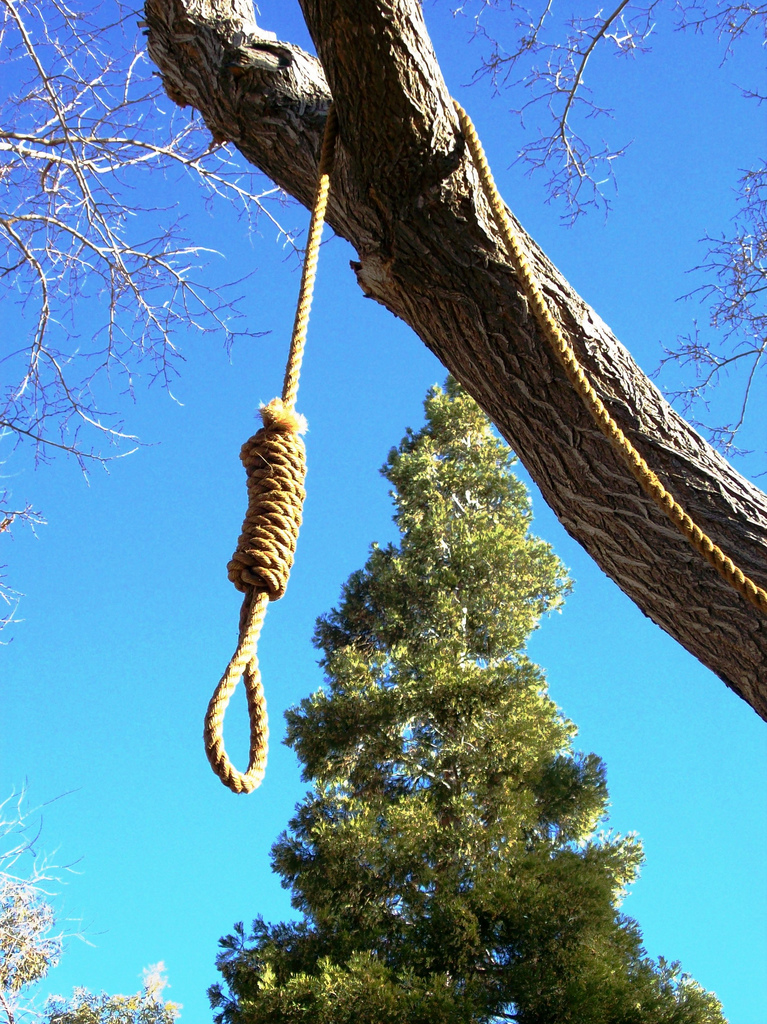 Years ago, they put a noose
around our necks for sure.
And now, they just shoot us,
They say our blood ain’t blue and pure.

Years ago, they came to see him,
while he was working in the field.
They told him his blood was bad.
Before I knew it, my man was killed.

I don’t see that sign no mo.
They hid it with a law.
They said, “No more segregation.”
But segregation was all I saw.

Slavery, it won’t no fun.
and Jim Crow was no joke.
But when King spoke on his dream
I said, “You know you ’bout to croak!”

Now, I sit on this ole stoop,
and I watch drug deals go down.
Don’t nobody want to hear from me,
I’m too old to wear a martyr’s crown.

But if you want a little advice,
live each moment like it’s your last.
Don’t expect too much from life
and you cannot change the past.