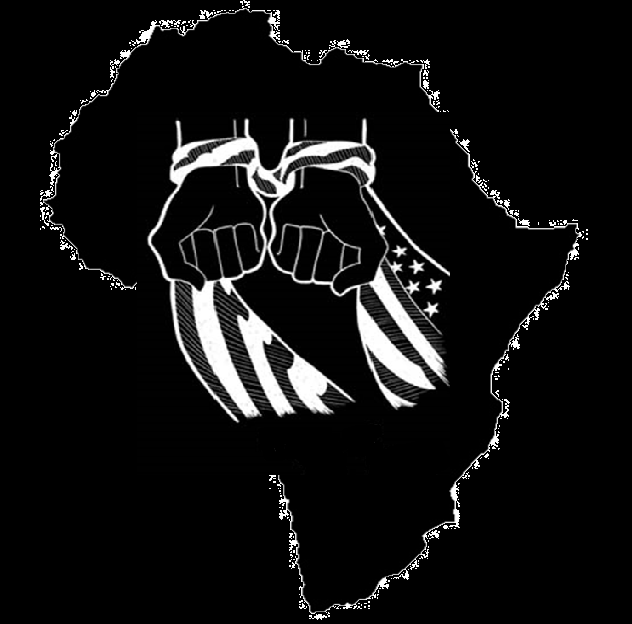 Breitbart is not the kind of news service I rely on, but occasionally even a blind squirrel finds a nut, as in this Nov 2015 story by Jerome Hudson: “5 Devastating Facts About Black-on-Black Crime“.

So yeah, I am going to go to Breitbart when I want fair and balanced reporting especially when that reporting is on descendants of slaves in America.

Two law enforcement officers in Williamson County, Texas, have been fired after it was discovered they were members of the Ku Klux Klan.

County Sheriff John Maspero said there was no evidence the two men, Deputy David Gay, 45, and Sgt. Greg Palm, 29, had committed any acts of discrimination or failed to perform their duties, but said membership in the notorious hate group was sufficient reason to dismiss them.

Officials said they found out the two men belonged to the Klan after they approached another officer and asked him to join.

He stopped just short of saying that ALL Black men have some sort of ‘crime’ gene in them that renders them incapable of civilized behavior and that the gene they carry needs to be isolated and destroyed so as they can go peacefully about their business and stop murdering one another or throwing themselves at the police who are members of the KKK.  And I am quite sure that the two law enforcement officers in the above block quote are the only ones. Yeah! I’m that delusional. But apparently whites don’t have this gene as they are not murdering other whites at the same rate that Black men are murdering other Black men, they just sign up as KKK members and then join the police force. The editor of this ‘America’s Unspeakable Problem’ post did not say a goddamn thing about the whites who have gone all across this country lynching, shooting and dragging Black men to their deaths because that just ain’t crime right there. That’s justifiable, don’t you know. I fucking swear, my head is going to explode over the sheer outrageous bullshit that appears on my reader.

Crime is the result of an ignored problem and the problem in this case is unmitigated poverty, gentrification, homelessness and drug addiction. I live in one of the cities that has been designated a high crime city with a yearly murder rate of over 300.

You go to Breitbart, one of the most right-leaning websites to post your statistics and then try and pretend that you’ve reported on this issue, unbiased when you have not. I can cite statistics from a website that will counter yours and then you can likewise find another website similar to Breitbart to attempt to refute my statistics, meanwhile what does this do for the problem of crime, period? And it is the whites who are always clamoring for lax gun laws and who are shooting each other even at the gun range and who are also the number one killers of each other while cleaning guns or keeping their guns in reach of young children.

Let’s take a look at something.

5 Facts That Shatter the Myth of ‘Black-on-Black’ Crime

Here are 5 facts that prove white-on-white crime is actually the real problem, and that anyone trying to make “black-on-black crime” a major issue is just a racist looking for positive reinforcement of their prejudiced worldview.

2. Whites kill more whites than black people kill each other

In 2011, the most recent year for which data is available, 2,630 white people killed 3,172 white people, according to FBI homicide statistics. When comparing that to the black population, in which 2,447 African-Americans murdered 2,695 of their own, white-on-white murder is clearly the bigger issue.

. White people commit more crimes than any other race

4. White people kill more members of vulnerable populations than any other race

5. Gang murders are most common among white gangs
While a lot of attention has been given to the gang-related homicides in Chicago’s predominantly-black South side, very little press has been devoted to covering the epidemic of white-on-white gangland murders. As the above chart demonstrates, the majority of gang-related homicides are committed by white people (53.3 percent white, 42.2 percent black), and the majority of white gang murder victims are also white (56.5 percent white, 40 percent black). Have this fact handy the next time someone bemoans “black-on-black” gang violence.

Yeah, so have these figures handy the next time you want to mouth off about ‘America’s unspeakable problem….’

You conveniently neglect to mention how violent whites are but their crime statistics are not reported because of who controls the reporting and because the agenda is to make Black people out to be the worst folks breathing while whites always get a free pass. Not on my watch, you don’t! Whites are killing whites, and how, but you didn’t bother to go on and on about that because that’s not something that anyone wants bandied about because let us just focus on the REAL BAD BLACK FOLKS killing each other. I will certainly be blogging about this post, count on it!

And even after I posted this, the situation only deteriorated, just as I thought.

(1) “the problem in this case is unmitigated poverty, gentrification, homelessness and drug addiction.”

All of those factors are real. But African-Americans have far higher crime rates than other races even controlling for that.

(2) “pretend that you’ve reported on this issue, unbiased ”

No, I said exctly the opposite.

I look forward to you doing so. I doubt that you can. The numbers you cite ignore the point shown here. We’re talking about rates of violence. Numbers of crimes per thousand, or relative rates of crime between races. You are looking at absolute numbers, which tell us only that African-Americans are only a tenth of the population. Violent crime rates are what matter inside a community, not the aggregate number of crimes in the nation.

(4) “Gang murders are most common among white gangs”

We’re looking at overall violent crime rates. Parsing those into the many specific kinds of violent crimes is irrelevant to the large point made here, although it is important when taking specific public policy actions to address crime.

See what I mean? “No Shelby, we are looking at ‘overall violent crime rates’.” No, he is not. He is talking about crime rates as it pertains to inner cities that are supposedly committed by ‘African-Americans and since African-Americans are those Africans who willingly rowed up to the shores of America and got processed, then he cannot be speaking of descendants of African slaves, but if he was to be speaking of descendants of African slaves, has he forgotten THE reason we are over here? I even addressed that and it was tossed out like yesterday’s garbage as inconsequential to the situation at hand of out-of-control rampaging male descendants of slaves revolting and attempting to overthrow their white oppressors. Ain’t that just the end of enough? How dare all those ‘Nat Turners’ be out and about just attempting to gain their freedom from their oppressors who just sit somewhere pontificating over why there is so much crime among descendants of slaves.

Goddamn it! We would not be here if your ancestors had not been some of the most lazy ass, good for nothings who had no work ethic whatsoever and so went in search of free labor to build up a stolen land. Must I continuously give a history lesson?Print that! Pontificate over that! Be judgmental about that! Go find that on Breitbart, I fucking dare you! But you won’t do that because that is just not your agenda. Your agenda is to attempt to show everyone that there is just something inherently criminal in Black males and so why the police are killing them is no mystery to you. The police are just doing what medical science refuses to do, eradicate the bad gene that must be what is causing the male descendants of slaves to go rogue! Fuck that and you! I am sick to shit of this type of tripe that does nothing but place the blame for what ails Black communities on Black communities and not on where it belongs, whitey white ass!

And once again, for the motherfuckers out there who are dumb as all hell, we would not be here for you to wonder at your leisure over our so-called crime rates if your ancestors had not dragged ours over here. But that is something that you just want overlooked because though you may think yourselves blameless, you are SO not! We don’t want to have to deal with you any more than you want to deal with us! But yet, you want to pretend as if your shit don’t stink. Well goddamn it, it reeks to the stars and back! Your shit is a funky ass, filthy vile and malodorous stench and so accept it because it’s yours! Goddamn it! Your shit ain’t on us, it’s on you! You own this! Yeah! Fucking begin with why the fuck we are here! And then come talk to me!

Lastly, what the fuck are you worried about? We’re fucking not shooting you. Your own goddamn kind is killing you, so worry about your white buddy that lives down the street from you, going the fuck off because he lost his job or he just got back from Afghanistan and can’t distinguish the ‘good guys’ from the ‘bad guys’. He’s more likely to bust a cap all up in your ass. That’s what you pontificate and worry about, you racist son of a bitch!