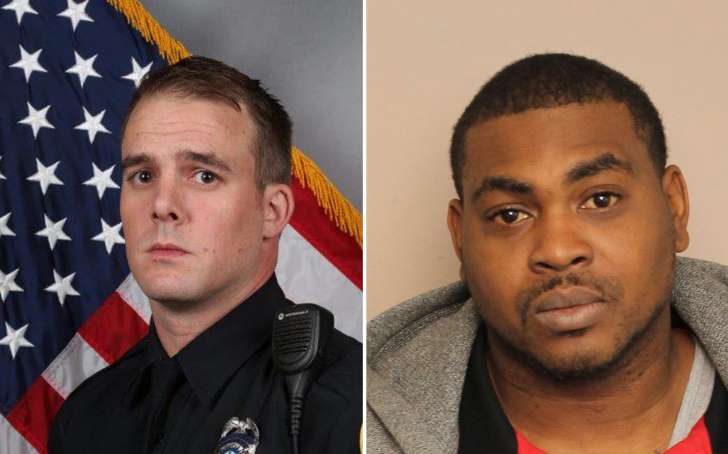 …and here we go again!

According  to this article, a KKKop in an unmarked ‘police’ car notices a man running a stop sign, apparently follows him until he pulls into a housing project and then gets out of his unmarked ‘police’ car and approaches the BLACK man just to ‘talk’ to him about running a stop sign. The big, scary Black man, then charges at the little ole puny KKKop, knocking him all about all the while brandishing his.357 and somehow, he pushes the little puny KKKop out of the way and makes a run for the housing project’s door, whereas he is then shot in the back by some ‘white’ man dressed in a KKKop uniform who just got out of an unmarked ‘patrol’ car ‘believing he was in imminent danger’ while the Big scary Black guy had his back turned towards him. Seriously???!! Really??!! For real????!! I’m not buying that load of horseshit!

According to police, Clemmons had parked his vehicle outside of a public housing development and was getting out when Nashville Officer Josh Lippert drove up to talk to him about running a stop sign. Clemmons was carrying a loaded .357 pistol and charged at Lippert, then ran through the parking lot of the development.

Lippert caught up with Clemmons, and the two had a physical confrontation. Clemmons refused orders to drop his gun. Believing he was in imminent danger, Lippert fired three times at Clemmons, according to police.

I don’t care how crazy it sounds, they will spin it any way they can and expect us to believe that bullshit when we know better. How many times have we been told to watch out for fake KKKops who get out of unmarked cars and pretend to be the police. Women have been raped. Homes have been invaded and homeowners beaten senseless by ‘white’ men pretending to be KKKops and so why would a KKKop be patrolling in the projects in an unmarked patrol car? What was the reasoning behind this? It was a set-up from the gitgo because the purpose was to shoot another Black man, dead!

And of course, here it comes!

Clemmons was convicted of a cocaine felony in 2014 and received an eight-year probated sentence. As a convicted felon, it would have been a violation of both state and federal law to possess the pistol, according to the statement.

“Oh looky! We got a real bad career criminal off the streets and inside the morgue! Thank us! Real bad Black dude here had a felony criminal record thanks to the ‘War on Drugs’ cause he was caught with some cocaine on him and that’s a felony. See folks, the ‘War on Drugs’ is working!”

But let’s take a look at something.

Actor Philip Seymour Hoffman, who was found dead February 2 on the bathroom floor of his New York apartment with a syringe in his left arm, died of acute mixed drug intoxication, including heroin, cocaine, benzodiazepines and amphetamine, the New York medical examiner’s office said Friday.

Now, how did Philip Seymour Hoffman obtain his cocaine that helped him overdose to death? Where were the KKKops when Philip Seymour Hoffman was pulling up to his New York apartment with heroin, cocaine, syringes and every goddamn thing else on him? You see, the KKKops are busy laying in wait for Black men in the projects who have already been arrested for cocaine possession and who are also well known by the KKKops since they’ve got a mug shot posted in their unmarked vehicles that they use to trap Black people who’ve previously been convicted of cocaine possession. What, they’ve busted up all their ‘marked’ patrol cars in Nashville, TN? And why no KKKops stationed in unmarked cars in upper crust neighborhoods? Anyone with more than two brain cells connected cannot think that cocaine use is not prevalent among whites. Hell! The KKKops are more than likely driving up in ‘unmarked’ cars and delivering their drugs to them while we are busy getting shot for doing less criminal shit than they do. And of course the deceased Mr. Clemmons had a gun. Don’t all Black men carry guns? But if in this instance, by some miracle, Mr. Clemmons did not have a gun, by the time the KKKops get their stories straight, he’ll have had several, including the one tattooed on top of his head that ‘could’ have fired because we have all heard the stories from KKKops of how suspects that are handcuffed in the back of the ‘patrol’ car have somehow maneuvered their hands and found a weapon that the KKKops couldn’t find on them during the search and shot themselves, in the head no less, and  of course, died. So, tell me, who are the REAL criminals?

You want some examples of people dressing up as KKKops? Here are a few just for starters. Here and what about Stockton Teen Thwarts Home Invasion By Men Dressed As Police Officers or what about Man impersonating cop handcuffs woman during kidnapping attempt and I could go on and on, and so why would a KKKop ride around in the projects in an unmarked car? To kill another Big, scary Black man in a set-up, that’s why! Because if a KKKop is not in a ‘marked’ patrol car in the first place and then waits until the ‘suspect’ who allegedly ran a stop sign pulls up in the housing projects and then steps out with a KKKop uniform on and goes up to the man who allegedly ran the stoplight, ostensibly just to talk to him, what could possibly go wrong? What would you have been thinking if confronted with this scenario? Is this shit for real? Well, if you’re Black, it’s real and it means death! And in this case, dead men tell no tales. As usual, the KKKops write the script and they certainly never stray from it, do they? What need have they? They are just doing what they’ve signed on to do and what they were hired to do, kill those niggers! Yeah! I know who the real gangsters are, in and out of ‘patrol’ cars!