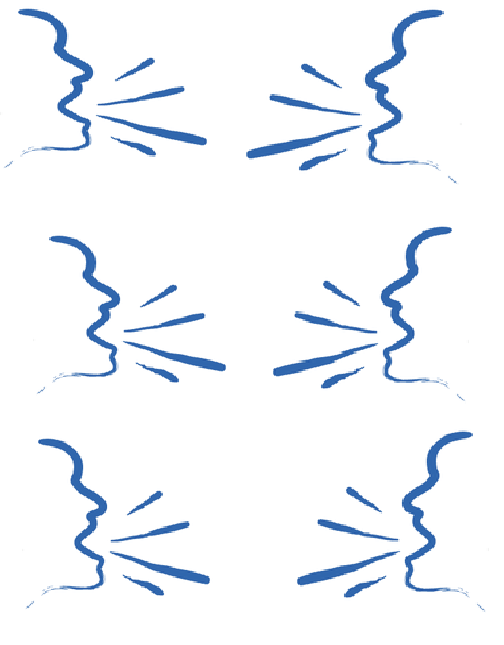 I threw myself into the fray.
I said, “I will persevere, come what may.”
Little did I know that I was to throw in the towel
so soon as I exit this stage with a scowl.

I added my voice to the billions who yearn
for a change to take place, but we never learn.
We are voiceless in the midst of this screaming crowd,
speaking to no one though our voices are loud.

Oh, how little and insignificant we are,
though we hate to admit this truth by far.
I talk at you while you talk back at me,
and nothing gets done in this virtuality.

I am part of a chorus that will never be heard.
I exit this stage, distance myself from the herd.
What language I speak, gets lost in translation.
And with that being said, I tender my resignation.

I never had anything of significance to say.
And so into my pillow, at night I shall bray.
It will do just as well as what is said to you now.
We’re all preaching to the choir and it don’t matter no how.

I wrote this poem because a fellow blogger I used to ‘follow’ decided that he was not doing anything of significance by blogging and that he was only adding to the problem. I, myself, have felt this way so often, there are poems to that effect all over this blog. When I first started blogging, I was full of inspiration and enthusiasm because I was mostly blogging to bring awareness of those who are also voiceless; the homeless. I thought I had something of significance to say and I also thought, “Oh what the hell? I shall add my voice to countless other voices out there!” But I also  wonder, “What is it all for?” Am I wasting my time? Yes, I’m pretty much wasting my time. Although, I will admit that I have learned a few things from blogging. I have also taken away from it, that people can often be close-minded, uninformed or simply misinformed and even outright stubborn and stuck in their ways. By reading the stories of others, I have in essence, changed in some ways and in other ways, I don’t think I ever will. It is human nature, I guess to want to be right and to also not want to believe that you could be wrong and that because you could be wrong, that maybe you should take a look deep into why you think you could be wrong and either rationalize it or consider that you are not as open-minded as you would like to believe you are; that you are not as willing to accept people for who and what they are as you think you are. I have condemned people based solely on my own narrow way of thinking and that is wrong. I was taught that unless a person does something to hurt me personally, I have no right to judge that person by my so-called moral code or to hold them up to what I deem to be right and good and decent and cut them down for not thinking or living the way I do.

There is much that I can work on and I intend to. But I would also like to think that through this blog, I have given folks an inkling into what makes me, me. And that good or bad, I try in many ways to become a better person. Will I succeed? I can but try.

16 thoughts on “We Are Voiceless!”