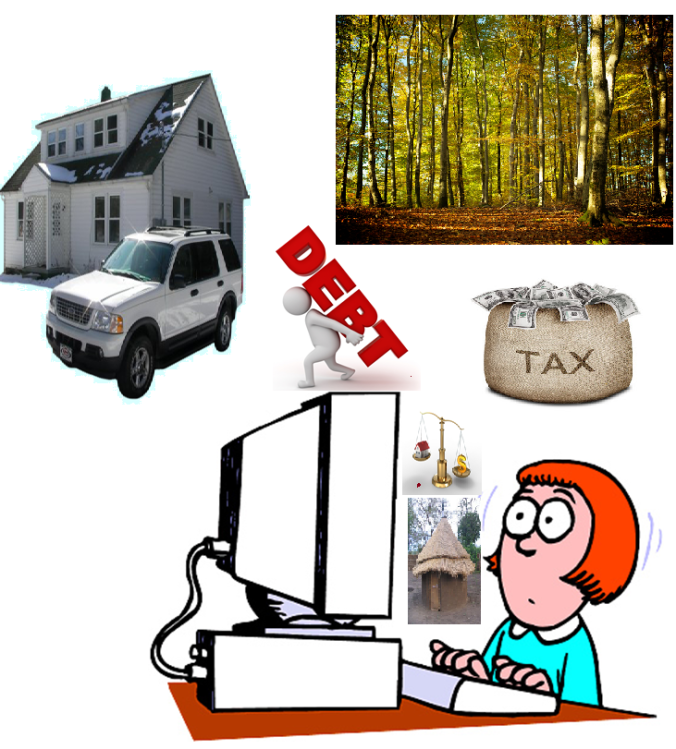 You ‘white’ folks just simply amaze me! You have got some goddamn audacity. On another blog today, I took exception to a post titled, “Radical Voluntary Simplicity” in which there was a call for folks who wanted to go back to a much simpler way of life to get together on some donated land in Australia and live simpler. And wouldn’t you know it, the ‘whites’ went for that shit, lickety-split as though ‘white’s ain’t the very reason they’re now fed up with their own way of life.

“Simpler Way is about an experiment in radical voluntary simplicity in Victoria Australia in 2016 Using donated land, volunteers from Australia, New Zealand and the UK agree to opt out of the money/corporate system and spend a year in an intentional community. The documentary is a record of their experiences.”

Now that is rich! Volunteers from Australia, New Zealand and the United Kingdom got together because they wanted to go back to the basics. Some were simply fed up with their corporate desk jobs and all of their hoarding ways; hoarding that materialistic junk that apparently, did not make them happy.

Let’s take a minute to think about this. Now, the UK is responsible for sending ships all around the world and ‘finding’ other cultures which they made assimilate to their way of life, made those ‘uncivilized heathens’ live like them. Take America for instance, weren’t the Indians already living the simple life? But the Europeans didn’t want that. Look at America today. It is anything but living simply. And what about Australia, the Aborigines Indigenous to that region were indeed, living the simple life and along comes some of England’s criminal rejects and now, Australia has been corporatized; ‘civilized’, thus turning it into a stomp down system of capitalism which is what these people are fleeing from who now wish to live the simple life. Not to be outdone, but some folks from New Zealand moseyed on over because they too were fed up with having destroyed the simple Maori way of life, turned those people into criminals in their own homeland, denied them political representation, but is it the Maoris who flew over to Australia to participate in going back to the basics? Hell no! It is the very people who shoved the Maori’s simple lifestyle aside and instead opted for “build baby build and now I’m so damn tired of corporate this and that, I need a goddamn break!”

What’s happening is now that ‘whites’ worldwide are becoming drug addicts and are committing suicide at alarming rates so bad that the Centers For Disease Control and the World Health Organization are issuing alarms and doing studies, it is now time to go back to the basics and to live simpler because expensive shit ain’t keeping ‘white’ folks happy. The whores of Hollywood ain’t doing it because have you heard, box office sales are way down and it ain’t looking so good. So, even Kim Kartrashcan’s ass ain’t cutting it no more! ‘Whites’ are overdosing on everything that they can get their hands on and so what’s left to do? Go simple! So, head on over to Australia where the progeny of England’s convict rejects have some donated land and are now inviting ‘white’ people to go back to the basics by giving up their worldly goods and make little houses or pop a tent.

First of all, every single time I see a project of this type, regardless of whether or not it is across the ocean or here in America, there are no Black people or other people of color to be seen. Why is that?

Secondly, if the Europeans, which represent the majority of these people who have worked in corporate America and then had some sort of epiphany and started realizing that the very mindset that set this all in motion is just not working for them and so they abandon it for the simple way of life which is what all other cultures were doing long before the Europeans came and decided to construct a capitalistic society, why then are there no people being interviewed whose culture was destroyed in the name of so-called ‘progress’ which is what these people in this video are trying to escape? I’ll tell you why. It is because the obvious would be right out in their faces and they don’t like it! That’s why. The ‘white is right’ way ain’t working for them now and they hate to be shown up for actually thinking that all of their technology was going to make life much better for them when in reality, they are more unhealthy, unhappy and depressed. More is not better is what they’re finally figuring out because all I heard in this video is about how many of them simply gave up much of their hoarded belongings in order to free themselves to live simpler.

The Indians in America were living just like what these people are hoping to ‘get back to’. The Aborigines Indigenous to Australia were living like this before Australia was colonized by convicts shipped over from England. The Africans were living like this before the Europeans arrived and decided to ship many of them to America to turn America into what these people who are depicted here are now wishing to escape from. The Maoris were living like this in New Zealand. This is insanity! And yet, not one of those whose ancestors actually lived like these people now want to live is depicted here even though if not for the Europeans believing that their way was the RIGHT way, they would not be fed up with what they thought was the RIGHT way to live; slaving away at a desk job, polluting the environment and keeling over thanks to bad food, water and air! For the love of !!!!!
—————————————————————

Not one project of this type have I ever seen to include those who lived the simple life before the Europeans came and fucked shit up and yet, they are going to save the goddamn day for us all! That will be the goddamn day! They have just now figured out that they have fucked this world up not only for all other cultures and peoples but they’ve fucked it up for themselves and they ain’t liking it none too well. Well, suck it up because you own this! Your own goddamn kind fucked this entire planet up for us all and now you motherfuckers want to live simply again. Shut the fuck up because you bastards put this shit into play and now we’re all walking toxin factories thanks to your depraved asses! But now, you’re “going green and simple”. Like hell you’re going green, but you got simple down pat! You have destroyed whole cultures, decimated the land of others, enslaved people for profit, invented bombs that killed millions, but now you worthless, no account, depraved and useless motherfuckers want the simple way of life AFTER ALL economies worldwide are crashing? But yet you refuse to even depict in your ‘living simpler’ films’ any of those whose culture you decimated so that you could sit at a desk and get pissed off about it. You refuse to have those people, whose culture you thought was beneath you, in front of a camera,  to point out to you what was right in front of your face this entire time while you were busy thinking that money, big houses, fancy cars and smart TVs were the shit! Get the fuck outta here with that goddamn dumbass bullshit! Even when you know you are wrong, you refuse to have it pointed out to you and you refuse to take the blame!

6 thoughts on “Now, You Want The Simple Life!”