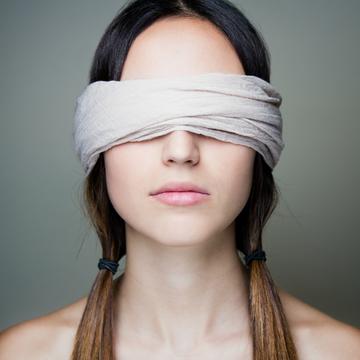 My belief (which I have stated before) is that there is a new global economic realignment happening and the US is being left out – which is why the conditions of Americans’ lives are deteriorating so rapidly. The fact that the entire US infrastructure is computerized has left the country extremely vulnerable – which makes it extremely difficult to predict which system will collapse first – the energy or the telecommunications grid. – Dr. Stuart Bramhall

Wise words, indeed! And true! Quite frankly, I cannot wait for ALL grids to collapse. That is what is needed because the hypnotized Americans are not going to realize how fucked they are until their smartphones go dead and the lights go out. When they can no longer gas up the SUV, there will be hell to pay as well. They’ll wake the fuck up then. Donald Trump’s administration, just as all previous administrations that raided Social Security and threw in worthless IOUs that I couldn’t even use as decent toilet tissue, is also coming for Social Security.  Social Security and Medicare are not on the point of insolvency. The government prints money out of thin air and can just print more money. It has no problem printing money to throw at the U.S. Military Industrial Complex and yet, we are to believe that no monies can be found for Social Security and Medicare? Don’t believe this bullshit and don’t leave it up to the sick ass seniors to save your Social Security and Medicare because it is always left up to the old and infirm to hobble down the street with pitchforks in hand while clutching walkers and canes at the same time. This will impact US all if we allow Trump and the GOP to get away with lying that Social Security and Medicare are about to go belly up. That is simply not true.

Nikki Haley, the U.S. ambassador to the United Nations, has taken umbrage at a new United Nations report that examines entrenched poverty in the United States and calls the number of children living in poverty “shockingly high.” She called the analysis a “misleading and politically motivated document.”

Let me repeat this part! “The Trump administration’s policies will deepen poverty,” which means that, like I’ve already stated, Trump and the GOP are coming for Social Security and Medicare which will only ‘deepen poverty’ and too many Americans are living in extreme poverty as it is. While congress enjoys designer health care coverage and a great pension for life, the biggest class growth is the ‘poverty class’ and America is fast becoming a 3rd World nation. The situation is so bad that hookworm has been discovered in America again.

The UN study also found 19 out of 55 people tested in Alabama had hookworm. It’s a disease typically found in developing countries, one that was thought to have been eradicated in the US in the 1980s. Hookworm is most common in developing nations in Asia, sub-Saharan Africa, and Latin America.[2] Areas with poor sanitation, water treatment, and plumbing/sewage infrastructure are especially at risk.  And now, hookworm is also “typically found in the developing country called, ‘America’! For the love of !!!!

What in the world is hookworm? A parasitic nematode worm that inhabits the intestines of humans and other animals. It has hooked mouthparts with which it attaches itself to the wall of the gut, puncturing the blood vessels and feeding on the blood.

And yet Nikki Haley said,

“It is patently ridiculous for the United Nations to examine poverty in America. In our country, the President, Members of Congress, Governors, Mayors, and City Council members actively engage on poverty issues every day. Compare that to the many countries around the world, whose governments knowingly abuse human rights and cause pain and suffering.”

Americans are walking around with hookworm that is ‘most commonly found in developing nations’ and so according to Nikki Haley, “it is patently ridiculous for the United Nations to examine poverty in America?” That skank is a depraved, soulless monster as is anyone who works for the Trump Administration and who condones what Trump stands for. I have never seen the like in all my born days! What the hell is wrong with US when we will sit still for this?

None of you see the writing on the wall? Are you that dense? Are your smartphones and personal assistants that distracting that you can’t see what is right in front of your very eyes? First they came for the seniors and the disabled and then they will come for you! You’d better be understanding this! Your smartphone is not going to pay your rent when robots and automation have taken your jobs. Your personal assistant, Alexa, is not going to be able to house and feed you when you lose your income and Social Security is not there to at least, help out in some small way. Obamacare is on life support and so what are you going to do if Trump and the GOP get their way and destroy Medicare? Ask Siri what to do? Yeah! Get your prescription for hookworm from Siri! Your ass is just going to be dropping worms everywhere and don’t damn well come near me with that shit!

No one in the Trump administration gives a damn about any of us who are not multi-millionaires. The United States would rather pull out of the United Nations Council on Human Rights than listen to reports that gives a clear picture in that the United States is descending into 3rd World conditions. They are making excuses that other countries should be looked at for their human rights abuses and how dare anyone confirm what many of us know and that is that the United States has already descended into 3rd World conditions for too many people, including children. Millions of people are living in deep poverty here in the states. Does that have no meaning for you whatsoever? SIGH! I throw my hands up!