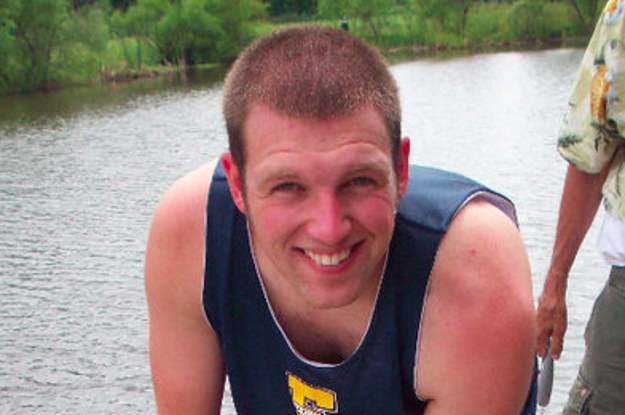 This is insane! Not only was that criminal not indicted for murder, nor did he serve even one day in jail, he has been rehired as a killer KKKop in a suburb in Ohio.

“Timothy Loehmann will work as a cop in the village of Bellaire, OH, population 4,000, police Chief Richard Flanagan announced. “He’s not quitting on being a police officer. He made a decision that’s going to stay with him the rest of his life,” said Flanagan. “Like anybody else, if you make a mistake, someone’s got to give you a second chance, give someone opportunity. There is no worry, I stand behind this officer.”

Yes, indeed, spoken like the racist, bigot he is. Of course, according to Chief Flanagan, 12-year old Tamir Rice was not human and so therefore, did not deserve a chance at life, no opportunity to live. “We must look out for each of our racist brothers in blue because we ARE the law and those who we are sworn to fuck up daily are going to get just what Tamir Rice got.” Tamir Rice, in the eyes of depraved, sadistic, parasitic white filth did not deserve a “chance at life” since Timothy Loehmann snuffed his life out two seconds after pulling up on Tamir Rice, who was playing with a toy gun in a park near his home. Tamir Rice was guilty in the eyes of Timothy Loehmann because of the color of his skin. If Tamir Rice had been a white child, he would still be alive today and don’t we ALL fucking know this. Whites get the benefit of the doubt ALWAYS, Black people, not fucking EVER!

How is this right in any universe? How can a piece of depraved filth murder a child and then get rehired in the same field that made it legal for him to
murder Tamir Rice and not only get away with doing so, but actually enables him to continue on as a kkkop so that he can murder again and get away with it? This should not even be possible. But because whites write the laws, enforce them against us, we have to sit still for this “in our face and what are you going to do about it” shit! I am so very tired of reading such as this because there should be laws on the books that if you have ever had to go before a grand jury over your actions as a cop, then that negates your right to ever don a uniform and be given a badge and a gun since it is quite obvious that you are not enforcing the law equitably.

Just because a Grand Jury of ALL whites failed to reach an indictment against this killer, does not in any way take away from the fact that he killed an innocent child within two seconds of pulling up on him. Tamir Rice did not stand a chance. He was given no chance at all. He was given “no opportunity,” of which this Chief Flanagan is taking great pains to get across to everyone that the kkkop that murdered Tamir Rice is entitled to receive. There is no mention of what was taken from Tamir Rice’s family or the fact that this child was 12-year’s old and had his whole life ahead of him and don’t let us forget that white children are pictured with actual guns all the damn time, but how many cops have pulled up on them and shot them within seconds? Name one instance. I fucking dare you!

I have cried so many tears over the murder of that beautiful little soul. I have penned poem after poem about how his life was snuffed out by hate in blue to the point where I’ve almost burned myself alive with white hot rage and yet, how was I to know that the rage I felt then would be compounded by reading that Tamir Rice’s killer has been rehired as a kkkop. That should just be beyond the realm of human comprehension, but since we are smack dab in the middle of a racist shithole filled with like shits, it should be no wonder. It is just business as usual in this shithole built by slaves and stolen from the Indians. What good could ever come from that? What ‘good’ could ever be associated with what would do that? Those of you who are descendants of that parasitic, racist, hate consumed filth have much to answer for because nothing has changed since the days when our ancestors were dragged here by yours because you are just as depraved, brutal, barbaric, soulless, heartless and sociopathic as what spawned your evil ass and this article brings that point home!

A child was killed for no reason and his killer gets to keep his job while Tamir Rice cannot ask for a second chance. He can never receive an opportunity to relive that day and even if he could, chances are, the results would be the same because he could not change the evil that is the white male parasite; an evil so vile and atrocious, it needs to be destroyed. But instead, is given yet another opportunity to take another innocent life because in the words of Chief Flanagan, “He’s not quitting on being a police officer. Like anybody else, if you make a mistake, someone’s got to give you a second chance, give someone opportunity. There is no worry, I stand behind this officer.” No, there will never be a worry for him because he is WHITE. He is not a little Black child who must be afraid to play anywhere. He is not the Black man who was standing on a New York street selling some untaxed cigarettes and was choked to death for doing so. He is not the young Black woman on her way to a job in Texas, but was murdered in a Texas jail cell. He is not the Black man that has recently been exonerated and released from prison after having sat in there for 30-years for a crime he did not commit. He is not the little Black girl, who was asleep in her home and was shot dead by worthless shits just as depraved, cold-blooded, blood thirsty and vile as Timothy Loehmann. He is not the Black man who was shot in his own home by a KKKOP who is still walking the streets, telling lies. He is not the Black teenager, shot 16 times in the back. And because he is not any of the aforementioned, he gets to have diarrhea of the mouth about what Timothy Loehmann deserves. The arrogance and conceit of whites knows no bounds!

Who gives a damn about the fact that Tamir Rice was murdered? Who gives a damn about the fact that he does not get a second chance at life? Who gives a damn that he is not to be given another opportunity? Certainly not Chief Flanagan since all he can talk about is what Timothy Loehmann deserves. That right there speaks volumes on what kind of filth could hire a child killer and speak only of what opportunities and chances a killer deserves, but has no thought at all for whom he murdered. Hell’s doors would refuse to open to allow such atrocious monstrosities in as Timothy Loehmann and Richard Flanagan and ALL the other murderous filth just like them! Words should simply fail me, but someone has to speak up for the silenced; the voiceless, the innocent murdered ones and for those who are behind bars thanks to the depravity, cruelty and barbarity of whites! 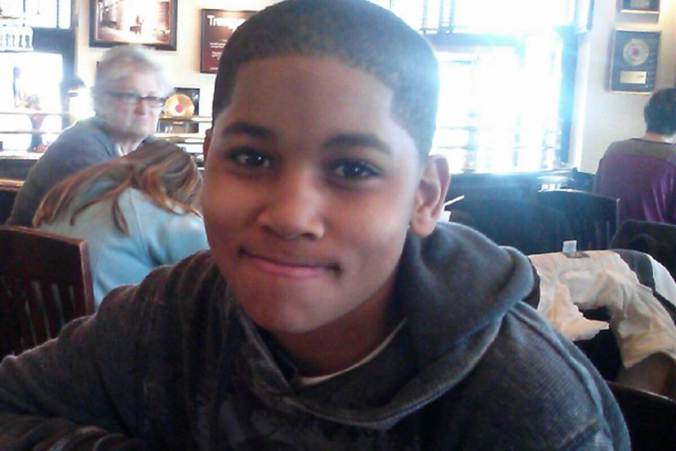 “I Am Weighed Down By Anguish…”

I weighed myself today,
and I’ve gained so many pounds.
The weight is not from calories.
It’s not from Almond Joys or Mounds.

I am weighed down by anguish,
at the loss of so many men,
And Black though they were,
I had no idea that was a sin.

My doctor chastised me,
over all the weight I’ve gained.
He doesn’t know of all the ghosts,
and that to them, yes I am chained.

Trayvon, you’re not forgotten,
and Skittles I won’t touch.
I still put my hoodie on
but I don’t go out much.

When I see a giant of a man,
standing on a New York Street,
I see Eric Garner,
he’s breathing and on his feet.

In another corner of my mind,
Michael Brown will never leave.
I can’t forget him lying there,
and for his senseless death, I grieve.

John Crawford, you are here,
You stand in the light to show,
the gun was just a toy,
but into a casket, there you go.

Oh Tamir, Tamir, little child,
you played in Autumn’s park.
And when play time was over,
another bullet had found its mark.

You’re on the scale with me now,
you cute, little twelve year old.
Come take a walk with me.
Your hand in mine, I hold.

I don’t know if there’s an afterlife.
But I do know that you’re here,
adding weight upon my scale,
and of this weight, I have no fear!

I wrote this years ago and now, I cannot even find it in me to pen poems anymore because though there have been so many who have been murdered since Tamir Rice was so brutally gunned down, the poems just refuse to come. And I don’t question why.