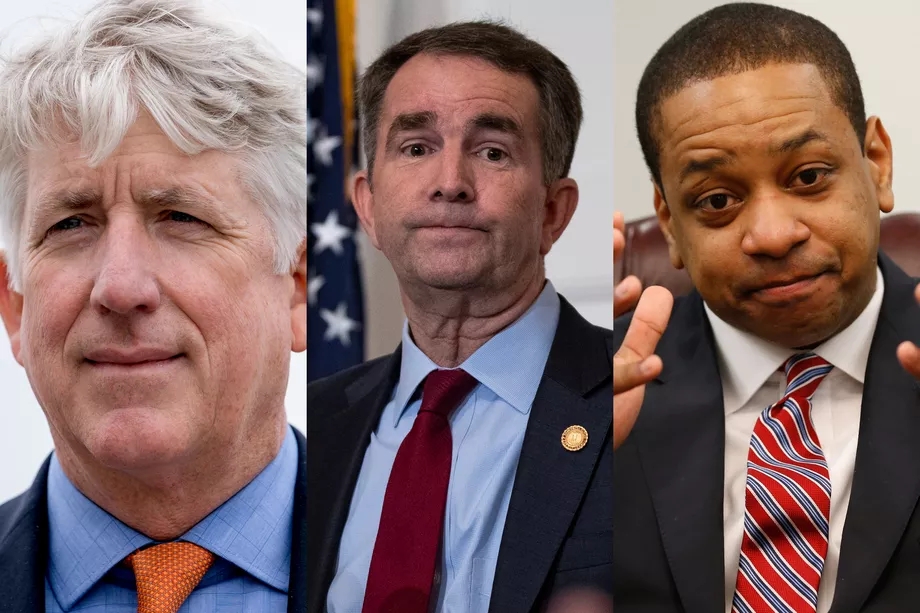 My home state of Virginia just cannot get itself out of the news as it pertains to scandals. With three prominent politicians swept up in scandals, I wonder how many more will “come out of the woodwork,” so to speak.

Attorney General Mark Herring issued a statement saying he wore brown makeup and a wig in 1980 to look like a rapper during a party as a 19-year-old student at the University of Virginia.

Herring — who has been among those calling on Northam to resign — said he was “deeply, deeply sorry for the pain that I cause with this revelation.” He said that in the days ahead, “honest conversations and discussions will make it clear whether I can or should continue to serve as attorney general.”

Then, within hours, Vanessa Tyson, the woman whose sexual assault allegations against Lt. Gov. Justin Fairfax surfaced earlier this week, issued a detailed statement saying Fairfax forced her to perform oral sex on him in 2004 during the Democratic National Convention in Boston.

Virginia’s governor Ralph Shearer Northam has already developed amnesia over a photo that surfaced depicting him either in “Black face” or in a KKK outfit. At first he stated that he was in the photo and then a day later, he stated that he “believes then and now that he is not in the racist photo.” And though many are calling for him to resign, as of today, he has not done so.

And now, Virginia’s Attorney General, Mark Herring, has stated that he too, wore ‘brown face’ and an AFRO wig to a party to represent a rapper that he loved to listen to. Now, if I liked say, Pink, I am not going to wear ‘white face’ and color my hair ‘pink’ to showcase my love for Pink’s music. Descendants of slaves celebrate holidays and we don’t go around buying up white shoe polish and spreading it all over our faces to depict our mortal enemy. But meanwhile, our mortal enemy is busy buying up black shoe polish to depict those whom they hold racist attitudes towards and think it funny and entertaining to do so. This is why I have often stated that we do indeed need to know who is underneath that hood and who is underneath that black shoe polish because how are we to retain any semblance of health if our doctor has just scrubbed off black shoe polish and then proceeds to don that white jacket and come at us with some medical advice? We need to know if judges have just taken off a white hood, thrown off their white sheet, only to don a judge’s robes and proceeded to throw the book at us because of their racist attitudes. We don’t stand a snowball’s chance in hell because our enemies are not just ‘good ole boyz driving busted up pickup trucks and sporting raggedy ass mouths’, they are our doctors, lawyers who misrepresent us, judges who throw the book at us because it is their privilege to do so thanks to racism, prejudice, bigotry and white supremacy. Racism kills, racism imprisons, racism is why Black America is in the condition it is in today.

Governor Northam and Attorney General Herring are not the only two politicians in Virginia who are ‘guilty’ of being blatant, outrageous, unapologetic racists. Every single white face in politics and out of it is racist, bar none. And yes, I said, “Unapologetic,” because despite their ‘forced apologies’, not one of those flaming racists is sorry for what they are, not one! Rich white men never suffer consequences for being what they are; depraved, debased sociopaths hyped up on a fake euphoria of superiority. Those debased creatures are privately lauded for what they stand for even as they are publicly shamed. And so just as there is no need for Virginia’s governor to resign, there is no need for the Attorney General to resign for what will take their place will be no different and certainly no better.

As for Black-assed Lt. Gov. Justin Fairfax, who is alleged to have forced a woman to perform oral sex on him, he may have to answer for that in a court of law seeing as how his accuser has been shopping around for a law firm. And though Fairfax has stated, for the record, that the sex act was consensual, apparently, his ‘victim’ disagrees.

What I am not understanding is why they are just now calling this, “A Crisis In Virginia,” since there has always been this crisis in Virginia since Virginia is loaded down with stomp down racists and sexual predators. This is nothing new. This is not shocking news. The history of this state proves that. Streets are named for Confederate generals, statues commemorating the confederacy are everywhere. Confederate flags are seen more than the national flag, which stands for the same thing the confederate flag stands for and so why two flags, I don’t know since they are one and the same. Who’s fooling who? Because if descendants of slaves are to pick which flag is more racist, there is no contest, both are equally racist. We don’t have to physically live on Confederate Boulevard, but we know we do because our history up to present day proves that we do. We don’t have to live on Plantation Lane to know that we still live there because we never made it off the plantation. We don’t have to walk the Confederate Trail because the confederacy is all around us. We live and breathe the confederacy every single day of our miserable lives, made miserable by ‘good ole boyz’ like Governor Northam and Attorney General Herring. We are systematically murdered by racists in white coats in hospitals and medical centers all across this shithole. We are systematically incarcerated by racists in black robes all across this racist shithole. We are systematically herded into ghettos every single day thanks to gentrification put in to play by racists all across this shithole. There is no aspect of our lives that is not controlled by racist shits like Northam and Herring and we know this and so no, this is not a ‘new crisis’ for us. It is an ongoing crisis that is a direct result of culture of systemic racism perpetrated against us by the most vile and deviant filth to ever suck air! It is a crisis of invention; a crisis of intention, the intent is to eradicate us even as ‘so-called’ fun is being poked at us. How sick is that???!!!!