Some of you may know that I published several posts regarding the fact that my cousin was part of an $18.5 million dollar class action lawsuit because he rented from slumlords who had no valid rental licenses in Minneapolis, MN.

Then along comes Steve Frenz who told the City of Minneapolis, MN that he had purchased ALL of the properties that had been previously owned by Spiros Zorbalas. The City of Minneapolis, MN then approved rental licenses for the properties that had been owned by Spiros Zorbalas. However, the fact of the matter is that Spiros Zorbalas still owned the rental properties that Steve Frenz claimed he now owned, thus making his rental licenses, null and void. Meanwhile, thousands of mostly low income minority tenants were paying rent to live in vermin and rodent infested buildings that were substandard to say the least in that many had no heat, no hot water, crumbling stairs, unsecured mailboxes, bedbugs and the list is endless.

The City of Minneapolis, MN ‘claimed’ to have no knowledge of the fraud being perpetrated by Spiros Zorbalas and Steve Frenz. Enter Attorney Michael F. Cockson, who was initially contacted by Inquilinxs Unidos, a renters’ union out of Minneapolis, MN that helps immigrants with housing and other issues they face. Attorney Michael F. Cockson, a partner at the law firm, FAEGRE BAKER DANIELS LLP 2200 Wells Fargo Center, 90 South Seventh Street, Minneapolis, MN 55402 agreed to take the case on behalf of Inquilinxs Unidos. However, after learning of the scope of tenants who were adversely impacted by unclean and unsafe building conditions, Judge Mary Vasaly upgraded the case to class action status and said that all former and current renters were to receive ALL rent payments that they had made to Steve Frenz, The Apartment Shop LLC and various other holding companies that Frenz had started up to hide the fact that Spiros Zorbalas still owned the properties that he was acting as front man for.

However, Attorney Michael F. Cockson was not happy with 25% of the settlement funds awarded to him by Judge Mary Vasaly and so sued his own clients in the Court of Appeals for 32% of the class action settlement funds. Now originally, he would have received over $6 million dollars from a case that he took because he wanted to “Give a voice to those who could not speak for themselves” and to “compensate them for their living conditions” and yet as of today, the appeal for more in Attorney’s Fees for Michael F. Cockson’s greedy ass is still in ‘briefing’ status with the Court of Appeals.

So, even though my cousin paid thousands upon thousands in rent to rent an apartment that had multiple safety issues and code violations and was not even licensed to be rented, he received $724.15 while Attorney Michael F. Cockson, a partner at the law firm, FAEGRE BAKER DANIELS LLP 2200 Wells Fargo Center, 90 South Seventh Street, Minneapolis, MN 55402 is suing my cousin and all other members of this class action lawsuit that he initiated on behalf of his clients for more in Attorney’s Fees than what Judge Vasaly approved for his greedy ass. Michael F. Cockson wants more than the over $6 million that has already been taken from his poor, misused and abused clients who had been shitted on by the likes of Spiros Zorbalas and Steve Frenz.

The District Court found that for class action settlements the size of this case and in the consumer category, the average, mean,and median percentages ranged from20% to 26% of the common fund. Appellant concedes there is no case law in Minnesota expressly rejecting the use of empirical studies to determine awards of attorney fees. Moreover, we know of no case that prohibits the use of such studies. The district court did not abuse its discretion when it relied in part on empirical studies to conclude that a fee award of 25% of the common-fund settlement in this case was fair and reasonable.

Below is the final status of the appeal and as you can see, that greedy bastard, Michael F. Cockson, appealed to the Supreme Court for more in Attorney’s Fees after the Minnesota Court of Appeals upheld the lower court’s decision on his Attorney’s Fees and the Supreme Court DENIED his PETITION FOR FURTHER REVIEW! The District Court’s ruling stands. Your greedy ass was to receive 25% of the settlement and despite your appeals and even your Supreme Court filings, 25% is still what you are to receive and not the 32% that you quite actually, jumped up and down in trying to get. So, where is my cousin’s goddamn money? And for ANY others who were part of this class action lawsuit, get on the phone( 612-766-8425) and call that greedy bastard, Michael F. Cockson, and DEMAND to know when you are to receive the monies that should have been set aside PENDING the out come of his APPEAL for more in Attorney’s Fees than what the judge initially decreed.

Below is the actual outcome of the appeal. The appeal is FINAL. The Minnesota Supreme Court refused to hear the case. The judgment stands. 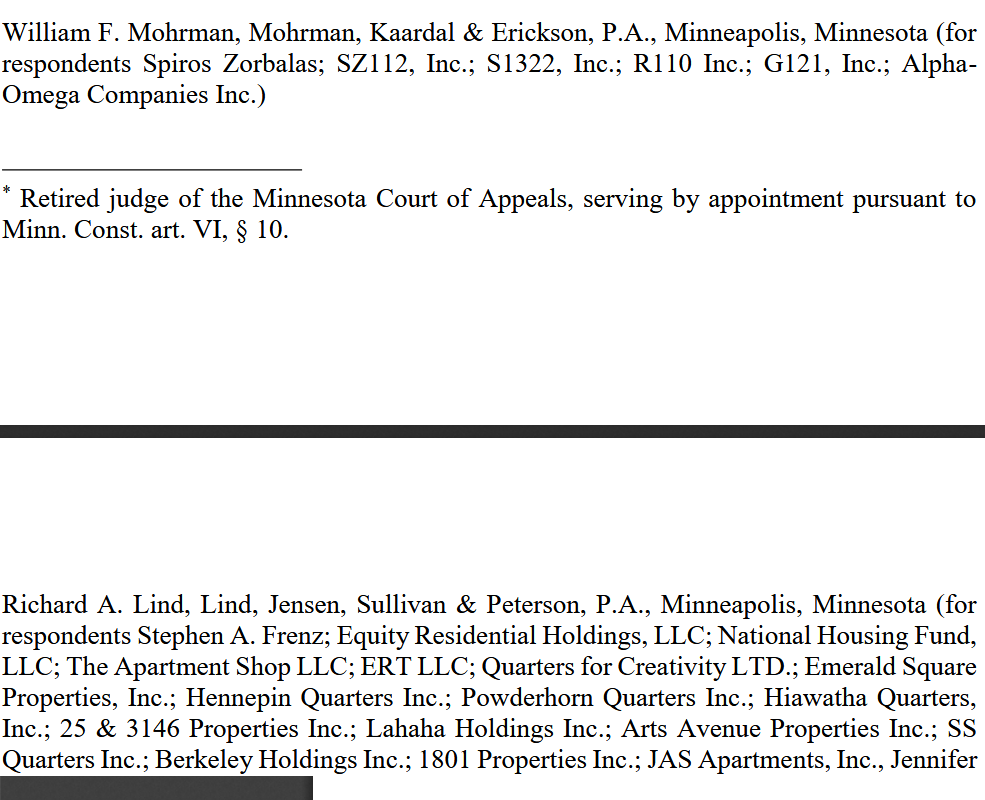 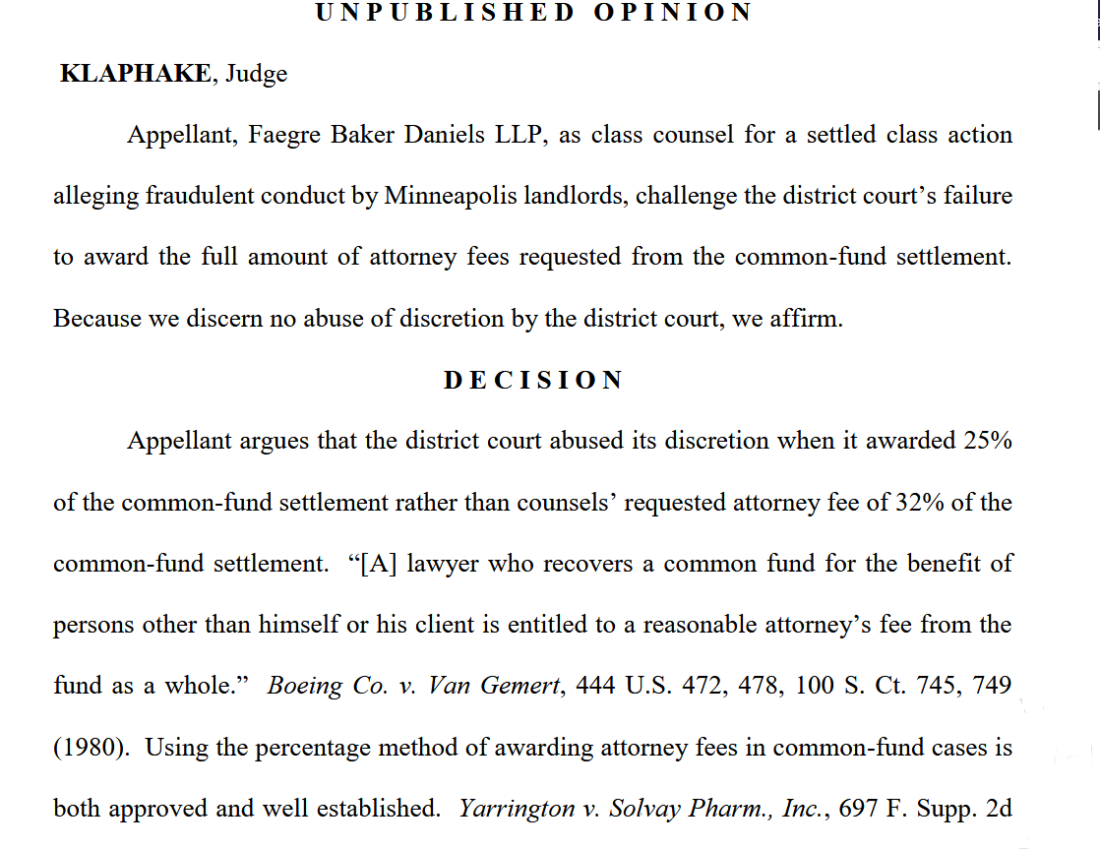 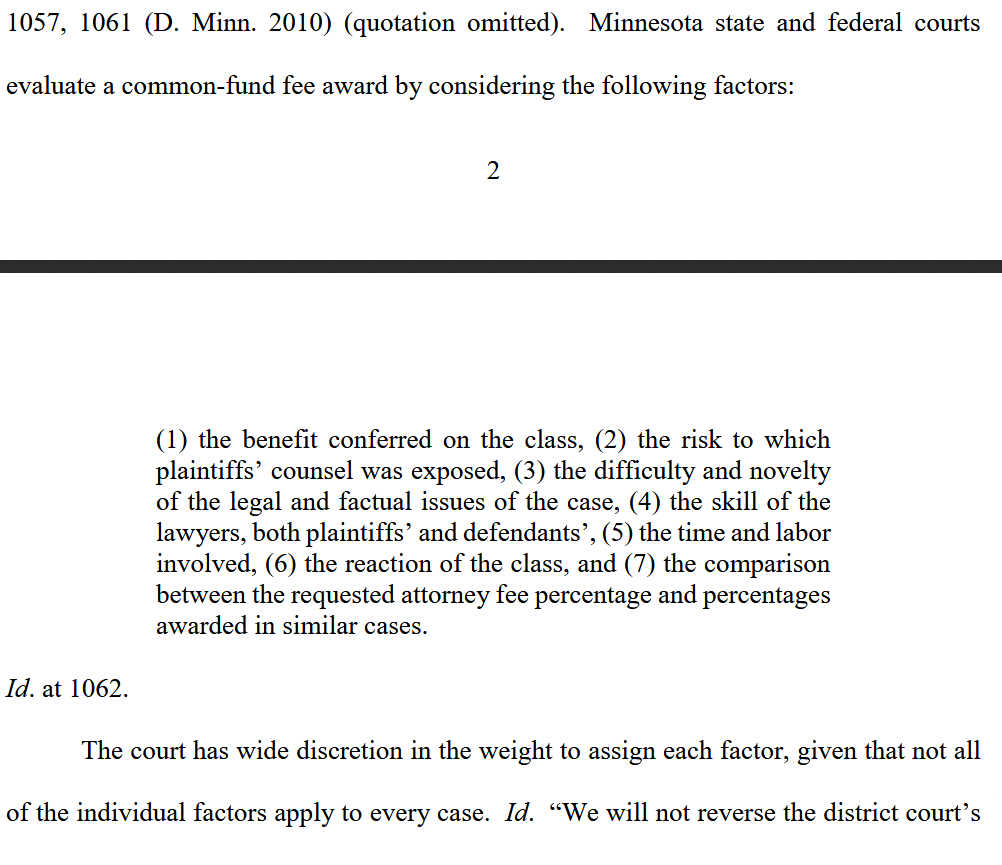 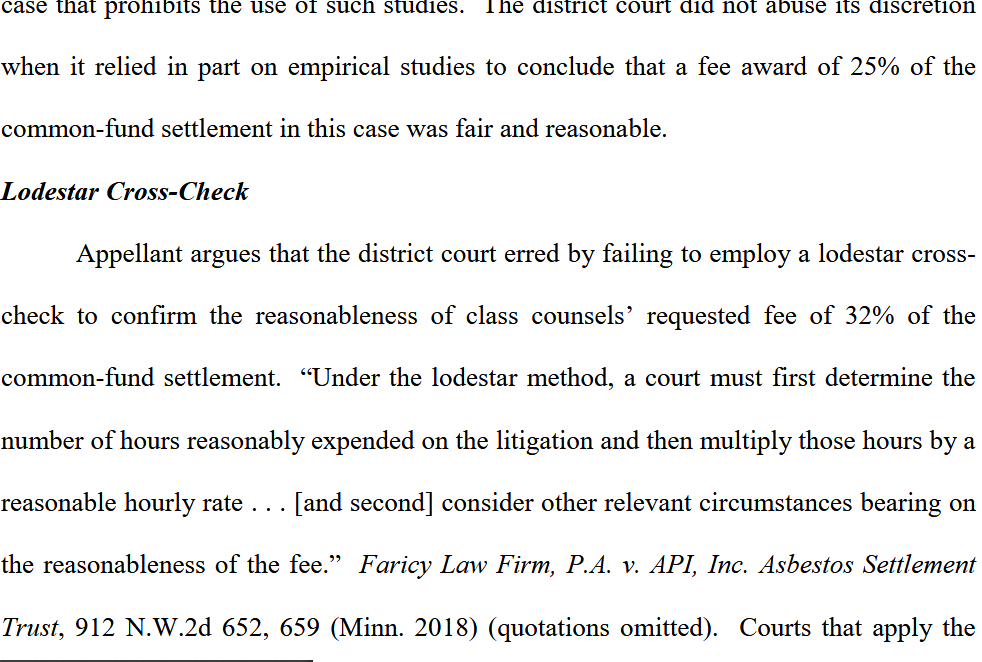 What does the legal term affirmed mean?
Dictionary of Legal Terms. Affirmed. Affirmed – this is a legal term used in the practice of courts of appeal. It means that the court of appeal has concluded that the lower court decision is correct. It will stand as proclaimed by the lower court and enters into force immediately.
Affirmed

And then folks have the nerve to wonder why what the fuck is going down in Minnesota is going down? This would be one reason why. This particular lawsuit involved more American descendants of slavery than the lawsuits that Attorney Michael F. Cockson previously took on a pro bono basis and so for this particular case, as you can see, he fought long and hard, FOR TWO GODDAMN YEARS to get money that he should have been glad that his clients received since he supposedly took on the case to give justice to those who had been living like shit in unlicensed apartments. But what does he do? Why, he appeals for more in Attorney’s Fees, thus taking money out of the pockets of his very own clients. What goddamn sense does that make?

Michael F. Cockson settled the case knowing that he had settled the case for $18.5 million and he knew how many people would be involved in this class action case, so why then, would he turn around and basically sue his own damn clients for more of the class action settlement in Attorney’s Fees when he was the one who initially settled the case; agreed to the amount? Only to turn right around and get pissed because the judge disagreed with his bloated litigation costs; because make no mistake, that is what this all boils down to. If you go to https://www.minneapolisapartmentlitigation.com/ and look under ‘documents’, you will see what that bastard was charging for fees that would have eaten up the entire $18.5 million settlement.

If you ever meet an attorney, you can damn sure as hell bet that you are meeting THE most sheisty motherfucker you will ever NOT want to meet! I can honestly say that I have NEVER had honest dealings with ANY attorney. They ALL should be disbarred because they are ALL criminals who should be behind bars for the sheisty shits they are!