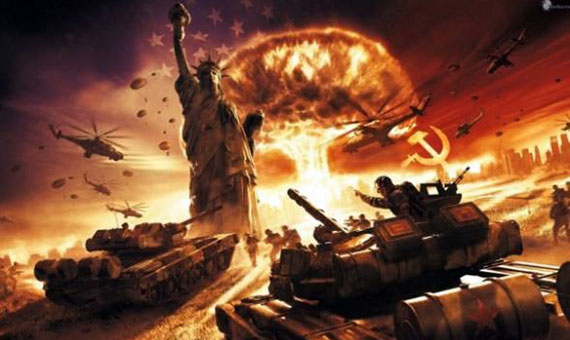 Why should I love a country that has never accepted me?
I’ll never wave your goddamn flag and pretend that I am free.

I spit on your celebrations and I will never play your games.
Don’t think I’ll kiss your ass while my people are in chains.

You hypocrites make me sick with your pretensions and your lies.
Then you drape yourselves in sheets and have the nerve to moralize.

You celebrate your freedom while destroying the homes of others.
Independence is only for you as the rest of the world discovers.

Your bombs that burst in air are now destroying all mankind.
As the empire marches on, the world gets redefined.

What bravery you display by the dropping of your drones.
And you littered foreign lands with innocent peoples bones.

Celebrate the fourth and forget the shit you’ve done.
When your bombs are busy bursting, we know you’re having fun.

Fuck this 4th of July bullshit!!

And what about Kathryn Johnston who was 92 when she was killed in a botched “no knock” drug raid by Atlanta police that was revealed to be based on false information. Officers broke down her security gate and without warning entered her home. They MURDERED A 92 YEAR OLD BLACK WOMAN!!! 92 years old!!! Most of us don’t even see 65 and yet Kathryn Johnston made it to 92, only to be murdered by the same type of shit that is still in evidence today because that same type of shit, MURDERED BREONNA TAYLOR just this year!!! What the fuck is there to celebrate???!!!

Alberta Spruill also died after police conducted a “no knock” raid at her home in error. Officers broke through her door and threw a concussion grenade while Spruill, a city employee, was getting ready for work. She died of a heart attack two hours later. The kops breaking down Alberta Spruill’s door caused that Black woman to have a heart attack and for what? Another “no knock” raid that wasn’t even about her. The kops got the shit wrong AGAIN! But in reality, they more than likely did NOT get the shit wrong, they are hell bent on killing us, that is goddamn obvious!! But’ I’m supposed to be in the mood to celebrate some 4th of July goddamn nonsense bullshit???!!! Not fucking ever!!!

From 7 to 92 years of age, Black girls and women have been dying at the hands of racist kops and you sick, white fucks think that I’m going to celebrate YOUR bullshit?!! Are you stupid, depraved lunatics for real??!!! I don’t give a damn about your lame ass attempts to act like you’ve been protesting our deaths at the hands of your fucked up KKK kin! Fuck YOU! And fuck your pretending ass bullshit! I’m not buying your fake ass attempts to get us to believe that you’ve changed from the racist filth you’ve ALWAYS been. You’ll never change because your ass defines RACISM.

All the fuck I see on my reader is some celebrate America’s independence bullshit! Fuck that! You fucking whites are running to the beaches, the bars, the barbershops and some more shit dragging COVID-19 all over the goddamn place and so we are supposed to join with you in celebrating the fact that you feel that no one can tell you what the fuck to do while you spread COVID-19 to us all? Seriously???!!! Fuck YOU and YOUR 4th of July fucking bullshit whites! Drop fucking dead already…ON THE 4TH OF JULY!!!!

10 thoughts on “I Spit On YOUR Celebrations!”