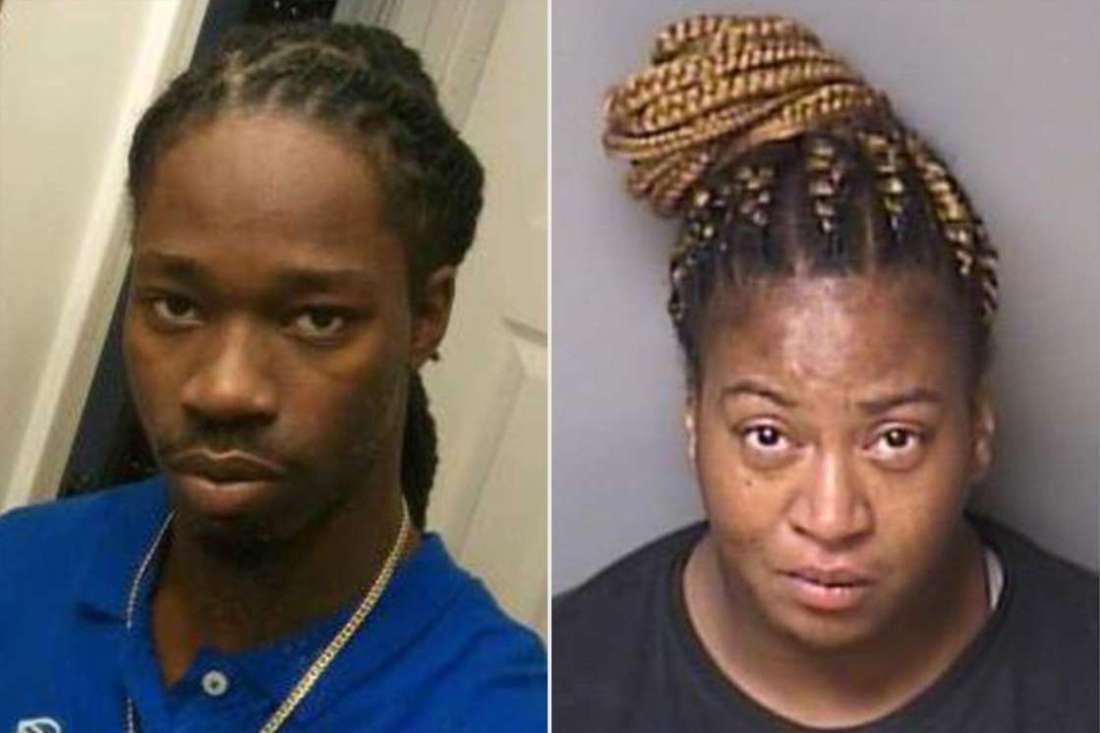 I am seriously shaking my head over THIS one! What in the world??!! If someone shoots me, why, oh why would I date that person again, but not only that, also, invite that person to live with me??!!!!! WHY???!!! But that is exactly what happened.

A North Carolina woman has been charged with first-degree murder in the death of her boyfriend, who shot her last year.

It is unclear exactly what led to the shooting, which was the second incident involving the couple in the last year and a half.

In April 2019, Willie Breeden was charged with assault with a deadly weapon inflicting serious injury after he allegedly shot Valencia McLean with an AR-15 style rifle.

Not only did 31-year old Valencia McLean lie about how she was shot by her boyfriend, 33-year old Willie Breeden, she viciously lied by saying that Breeden did not intentionally shoot her which led to a dismissal of the charges. She claimed that Breeden was cleaning the rifle while at the same time, showing her how to use it, when the rifle ‘accidentally’ went off and shot her in the leg. First of all, why would you be cleaning a ‘loaded’ gun? And why would you teach someone who does not know how to use a gun, with a gun that is loaded? Make it make sense! But, nevertheless, because Valencia McLean lied to the Public Defender’s Office on behalf of a man she must have been so damn in love with, she just could not imagine life without him and so took him back and despite her lies to the contrary that they weren’t having domestic violence issues, now needs a Public Defender her damn self because she is too poor to hire an attorney and she is most definitely going to have to live withOUT that boyfriend she lied like a rug for.

Now her ass is standing somewhere all handcuffed and shit waiting on the white man to make sure that her Black ass remains behind bars sewing shirts and pants and taking orders from customers over the phone for ten cents a day which will be used for commissary.

Yeah, look at her! This is what you look like when you can’t leave a no good Black man alone that shot you. You stand somewhere in handcuffs, awaiting a life sentence to be served in hell. If she had left that bastard the fuck alone, and if she had never lied and said that when he shot her, it was an accident, she wouldn’t be standing somewhere looking crazy and also a prime candidate for contracting COVID-19 while incarcerated.

That could have been me standing there looking stupid, and no, my ex-husband did not shoot me, but he damn sure as hell beat the fuck out of me, dragged me, threw me, punched my lights out and some more shit, but I knew that I was not the type of person who could stand being locked up and so I got the hell out! And I never looked back for years because I stayed hidden; I stayed off the radar until I thought it safe for me to finally initiate divorce proceedings in the state that I had escaped to. I divorced his ass and so don’t tell me that there are not ways to get away from abusers because I did take the shit for awhile because I grew up watching that shit play out between my parents. My dumbass mother put up with the shit and subjected us to the shit. My middle sister married an abuser and so did I. She had to divorce his ass. But both of us did NOT go to prison in order to escape our abuser. I understand that we are NOT everyone, but those bastards are not worth you spending the rest of your life behind bars over. LEAVE! Don’t go back and don’t let them come back! And if they continue to harass you, don’t even bother with restraining orders, LEAVE THE STATE! There are shelters for abused women. Are they the Ritz Carlton? Hell no! But I hear tell that even the Ritz Carlton has had bedbug problems.

If a man shoots your ass, you don’t welcome him back. You don’t lie for him. You don’t accept shit from him. You make sure that his ass is locked up for as long as the white motherfucker says he has to be locked up because if you don’t then your ass is going to become ANOTHER Valencia McLean and she is only THIRTY ONE YEARS OLD and has been charged with FIRST DEGREE MURDER! Do you know what type of sentence a FIRST DEGREE MURDER conviction will get you….and factor in that she has a PUBLIC DEFENDER and her ass is grass?

I am still trying to understand how she could take his ass back in the first damn place, I just cannot figure that one out. With all the same type of fish in the damn sea as that piece of shit and she couldn’t do without THAT particular fish??!!! That goes beyond desperation, insanity and some more shit! There ain’t that much ‘love’ in this whole damn world to let the motherfucker BACK in your face that shot you and he is BACK in your face because you lied and said it was an accident! Maybe, it’s just me, but I cannot comprehend how ANYONE could just let that shit slide. Here I am with a wound that is going to remind me that you shot me and I want you back??!!! Not fucking happening!

Black women, grab some damn sense from somewhere, I don’t care where, but understand that you are worth more than just allowing yourself to be abused to the point whereas you become a Valencia McLean. No one is worth that. Valencia McLean is going to spend the rest of her life in prison if she doesn’t get the death penalty. But either way, wouldn’t it have been better for her if she had just let that man rot when he shot her because now look where she is? How did it help her to lie for him, get him out of prison, only to find herself in prison for killing his ass? Now, she needs the same damn Public Defender’s office that she called to get his now dead ass out of prison for shooting her to represent her over her killing his ass! Oh the irony of it all! And since she is so obviously, clueless, I am sure that the irony is lost on her. For the love of !!!!!!

6 thoughts on “Black Woman Charged With FIRST DEGREE MURDER Of Her Boyfriend Who Shot Her Last Year!”