A Black man in Mississippi is facing felony charges for ‘allegedly’ throwing a pitbull off an overpass while the only Klan cop that was indicted over the Breonna Taylor murder case was charged with basically endangering the lives of those who lived in the apartment next door to Breonna Taylor by firing his gun whereas the bullets were found lodged in the wall in the direction of another apartment in Breonna Taylor’s apartment building. AGAIN, I say, “Make it make sense!”

A Mississippi man was busted on a felony charge Tuesday after police said he threw a helpless dog off an overpass and onto a busy road.

Multiple [WHITE] witnesses reported seeing the suspect, 20-year-old Merterrious Johnson, holding the animal before throwing it on Interstate 55 in Southaven around 11 a.m., according to police.

The Black man is sitting up in jail now on a $1,000 bond, charged with one count of animal cruelty. Did you read that, the man is sitting in jail on an ANIMAL CRUELTY CHARGE and that is a FELONY and so he has to get bonded out to the tune of $1,000 while WHITE Klan kops that murdered Breonna Taylor are basically in the free and clear with the exception of one who is being indicted for ENDANGERING THE TENANTS IN THE APARTMENT NEXT DOOR TO BREONNA TAYLOR’S. Yeah, that makes ALL the sense in the world. This of course means that a DOG is worth MORE than we are. If you didn’t know, now you know. HELPLESS Breonna Taylor is dead and the consensus of the whites is, “So?” I have said, time and time again that those damn dogs are thought more of than actual people, especially when those PEOPLE are American descendants of slavery!

And here is the proof!

LOUISVILLE, Ky. – A former police detective was indicted Wednesday on felony charges of wanton endangerment after shooting into an apartment next door to Breonna Taylor, 26, an EMT who was killed in her home by police.

Brett Hankison, who was fired in June, faces three felony counts, and bail was set at $15,000. A warrant was issued for his arrest. Two other officers involved in the shooting, Sgt. Jonathan Mattingly and Detective Myles Cosgrove, were justified in their use of force, state Attorney General Daniel Cameron said at a news conference. All three fired their weapons at Taylor’s apartment.

Now, get the protest signs back out. Go on back out on the streets because the city of Louisville, KY has set aside a little spot for you to protest that shit and so you go obey the city officials and go on over there in the little spot AWAY from the businesses that need to operate to keep capitalism flowing smoothly because if you don’t, then the National Guard is going to fuck you up and also keep in mind that a Louisville police major had this to say about you protesters: 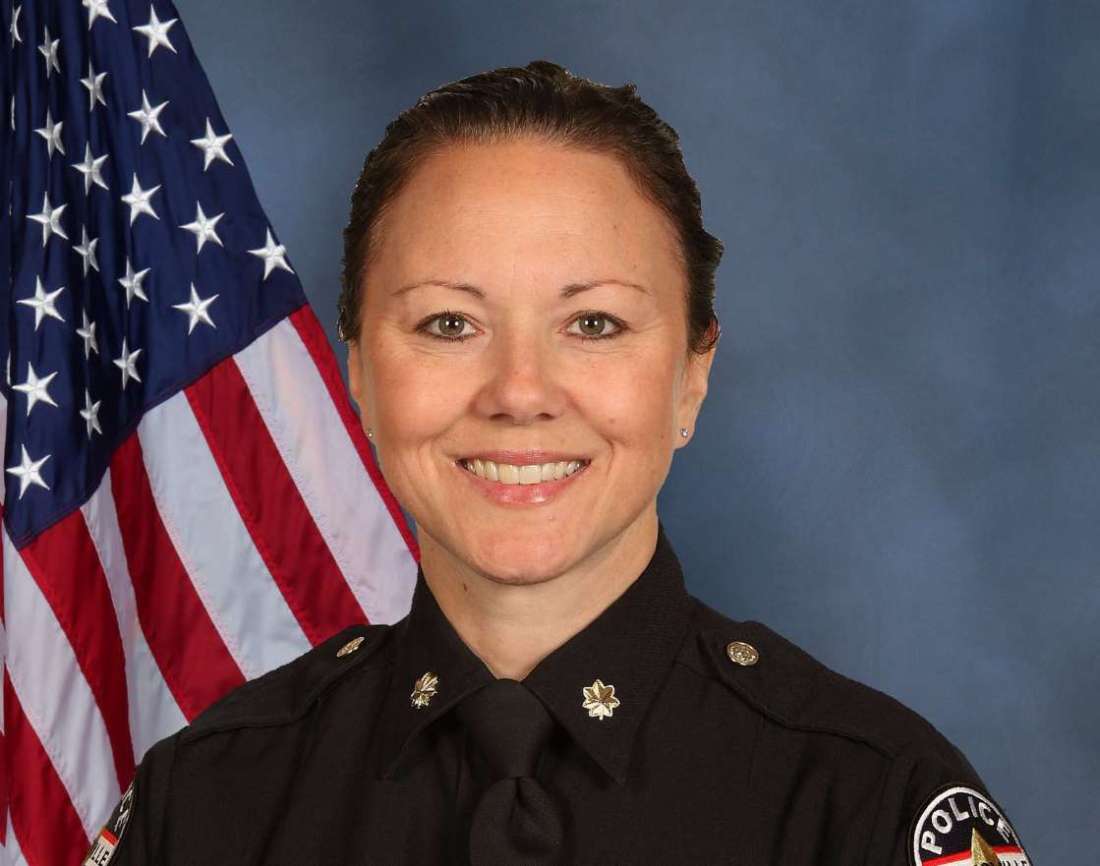 A white Louisville Metro Police major reportedly disparaged Black Lives Matter and antifa supporters as “punks” who will be “washing our cars” and struggling financially “their entire life.”

“These ANTIFA and BLM people, especially the ones who just jumped on the bandwagon ‘yesterday’ because they became ‘woke’ – insert eye roll here – do not deserve a second glance or thought from us. Our little pinky toenails have more character, morals, and ethics, than these punks have in their entire body,” she purportedly said.

“Do not stop to their level. Do not respond to them. If we do, we only validate what they did. Don’t make them important, because they are not. They will be the ones washing our cars, cashing us out at the Walmart, or living in their parents’ basement (paying) COD for their entire life,” Hallahan allegedly wrote.

So now everybody’s got an idea where they stand; the Black man who was arrested and charged with felony animal cruelty, after standing before a white judge, is cooling his heels inside a Mississippi jail cell for allegedly throwing a pitbull off an overpass. Klan kops stand in the free and clear in Louisville, KY because they should NOT have shot into an apartment next door to Breonna Taylor’s thus endangering the late Breonna Taylor’s neighbors while in the process of murdering innocent Breonna Taylor. But they are in the ‘free and clear’ and what’s more, they always were, hence why no charges were initially filed when Breonna Taylor was murdered by Klan Kops back in March. And now, a white bitch who is a Louisville Metro Police major, is standing somewhere wanting ALL you protesters to know that you are ‘punks’ and that you “will be washing their cars and struggling financially your entire lives and working at Walmart or either living in your parent’s basement.” Racists are ALL heart, aren’t they?

We are going to wait for the promised police reforms to materialize because we have been told that police reform is necessary, but no one has seen hide nor hair of that and no one shall because the system of white supremacy is working just how it was designed to work and so there will be NO police reforms because who would there be to protect CAPITALISM which is the god of the whites? As long as you are spending money, demanding to be let out of lockdown and fly and cruise and head to Disney World and Disney Land and buy another Apple product, everything is kosher in this white man’s stolen country, nay, make that stolen planet! But if it even looks like you are going to burn down a store, why the National Guard is on hand to see to it that you don’t. Not only that, but just like the Black man who is cooling his heels inside a Mississippi jail cell on a $1,000 bond, you will find yourselves in his predicament which means that the white man knows how to continuously dig money out of your pockets, whether it is for the purpose of buying his product or ‘freeing’ yourself from the confines of a jail cell; the white man WILL MAKE YOU PAY HIM, one way or another. There is no escaping that.

In just a few hours time, I will be popping open my first bottle of champagne and I will consume champagne until I am so intoxicated that I cannot stand up because it is useless to protest. It is useless to do ANYTHING because we are at the ‘mercy’ of those who do not know what that word means and they do NOT want to know. Our lives have been torn asunder, not only by a pandemic that was not caused by anything we did, but as usual, was caused by the white man allowing those yellow-assed Asians to fly that shit over here, but are they the so-called ‘Faces of COVID-19’? Hell no! Are they the ‘Faces of the victims of police brutality and murder’? Hell no! Are they the ‘Faces of the homeless, hungry and incarcerated’? Hell no! American descendants of slavery are and yet all we do is make the white man’s job easier for him by protecting HIS shit, by constantly doing the same thing over and over again; protest, stop, protest, stop. If you are in my neck of the woods, join me as I pour you a flute of champagne for what else is there to do? Cry? Wring my hands? Gnash my teeth? Wail and moan? Whine and shriek? Print another t-shirt with another victim of ‘dead at the hands of racist Klan kops’? Print another protest sign? Put my hands in the air and wave ’em like I just don’t care? Screech “I can’t breathe?” March? How many decades has it been since Dr. King and crew marched on Washington? And so why are we still marching? Towards what end? For what does it gain us? Tired, sore aching feet? I have two pairs of shoes and I am not wasting them on something as useless and pointless as marching. For at least tonight, I shall attempt to dull my senses with a bit of champagne and some Barry White. “Maestro, take it away!”