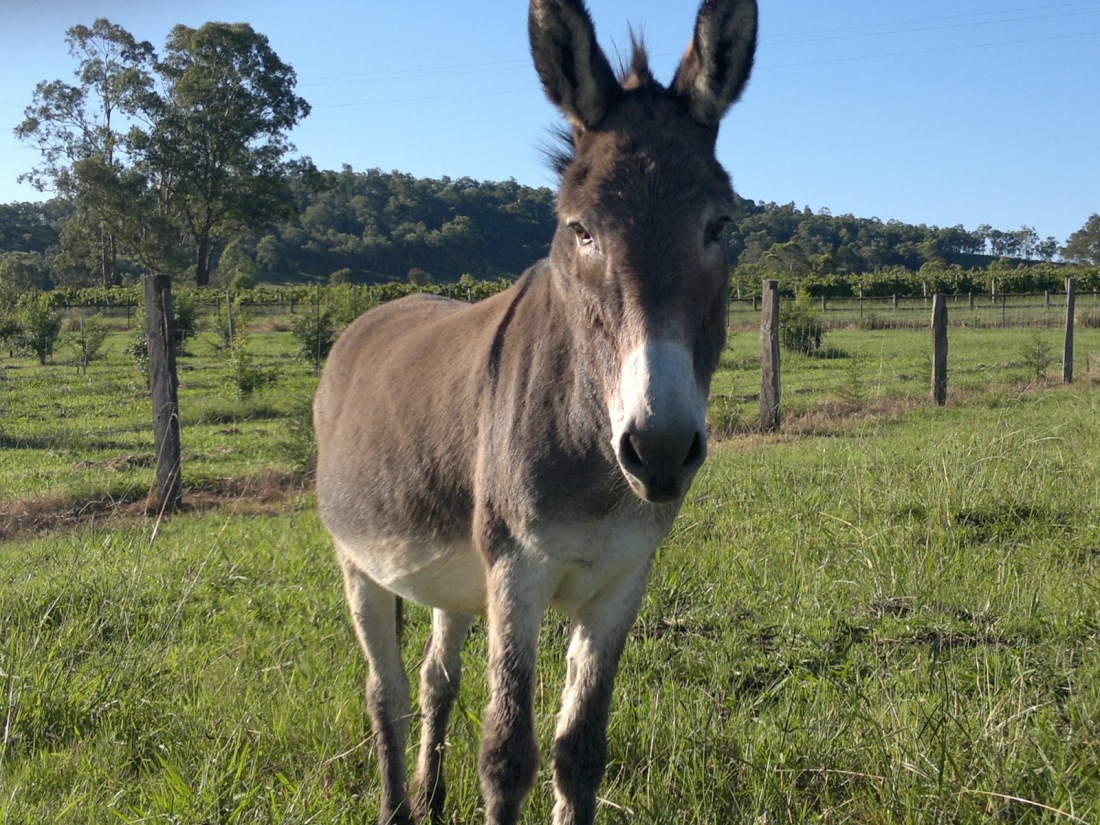 Move over monkeypox, ‘donkeypox’ is the game changer. According to an article on “Bestiality Beasties” website, a man wanted to experiment with having sex with a donkey and so built some sort of contraption that would enable him to mount a donkey. The next day, the man woke up with a severe case of what looked to be ‘shingles’ and when he checked on his donkey, the donkey was completely covered in spots.  A veterinarian was called in to take a look at the donkey and samples were sent to the lab taken from the spots that covered the donkey. Upon further analysis of the material contained within the samples from the donkey, were what has been labeled as “donkeypox.”

Two days later, the man was admitted to the hospital since he had been scratching his pox bumps and they had spread. A simple regimen of Calamine lotion administered every 12 hours was enough to clear up the pox bumps. However, the man had already spread ‘donkeypox’ to a neighbor who had come over when he heard the man yelling and screaming. That man accidentally bumped up against his poxed neighbor and the next day, he was completely covered in pox bumps. The man’s wife is threatening to divorce him because she is furious at her husband for having touched patient zero for ‘donkeypox’.

Now that two people have ‘donkeypox’, a public health emergency has been declared. Pfizer is already working on a new vaccine that will use the new mRNA technology that worked so well in vaccines for COVID and Pfizer is expected to have a vaccine for ‘donkeypox’ within 2 months. Meanwhile, it is recommended that people refrain from having intercourse with donkeys and that if they do, use protection since it has already been proven that animal to human transmission is a fact. Until Pfizer can come up with a new vaccine to combat ‘donkeypox’, continue to use Calamine lotion to dry up those pox bumps.

But seriously people, when is enough, enough? We have an epidemic of homelessness in this country and yet the focus is on some monkeypox nonsense that is considered to be a public health emergency when only 46 men in San Diego County has been infected. When are we going to treat skyrocketing homelessness due to outrageous rent hikes as though it is an emergency, which it is, like we treat monkeypox? Our priorities are all screwed up when public health officials can declare all out war on a disease that has only killed 5 people and they probably were in car accidents or were suicides and had monkeypox at the time of their demise and of course, monkeypox got the blame just as COVID received the blame for those who drowned, were in car accidents and who had shot themselves to death. Their deaths were ruled “dead by COVID” merely because they once had COVID, not because COVID actually took them out. What we are facing today is unprecedented and relentless. The powers that be are now inventing stupid shit to continue to get us to line up and take vaccine after vaccine after vaccine and all over so-called ‘diseases’ that are not adversely affecting many people, in fact, quite the opposite.

But what our government will NOT do is focus on the outrageous homelessness statistics that are climbing every single day with no end in sight. From floods to catastrophic wildfires to skyrocketing rents, homelessness is massively on the rise and no one is declaring that to be an emergency. Nancy Pelosi’s dried up ass is starting mess with China by visiting Taiwan and yet she had to fly over hundreds of thousands of homeless people in the state that she represents in congress, California, in order to do so. Why has she not been depicted visiting homeless encampments in the very state she represents in Washington? Why has there been no media focus on that?

Folks, where the homeless have gone, we too shall go and if you don’t think so, think again. It is just a matter of time before each and every single one of us is sitting out on the curb looking crazy because we thought that homelessness would not affect us. There are hundreds of thousands of American families who are having to move in with family members because they could not afford the increased rents. I just spoke with someone today who told me that their rent for a two bedroom is already $1,500 and that the landlord is increasing that by $100 next month. We are being deliberately priced out of housing because private equity firms are buying up all available housing and subsequently, they are raising the rents to beyond what millions of us are going to be able to afford. If we cannot comprehend that we are all in this together and that we should have been looking out for one another all along, this would not be happening, but it is happening. We claim to have friends all around the world and yet our neighbor is unknown to us. But pretty soon, our neighbors will be all too familiar with us because we will be sharing a space on the sidewalk as they are in Skidrow in California. We will be all too familiar with those who are even now residing in tunnels underneath Las Vegas. We will be all too familiar with those who are already sitting in a tent underneath an overpass. Homelessness is coming to a city, burg, hamlet, town and village near you. Are you ready? Meanwhile, worry about monkeypox, donkeypox, funkypox and junkiepox and line up for your vaccines. They worked so well on COVID, didn’t they?

…and this is not considered a public health emergency? Why not? And since Nancy Pelosi is a U.S. representative for the state of California, where is her visit to “Skid Row” to let the unfortunate homeless people there know that she considers their plight to be a ‘public health emergency’ and is going to do everything she can to eradicate it? Oh my bad! She is busy representing the folks who live in Taiwan. The mess that’s going on here in the states is beyond insane!

18 thoughts on “Man Contracts Donkeypox After Mounting A Donkey! A Public Health Emergency Has Been Declared!”