“The EU Scientific Committee also wrote that “the highest rates of breast cancer are observed in North America, where hormone-treated meat consumption is highest in the world … Prostate cancer shows similar variations … [and] is comparable to that of breast cancer.”

These cancers are known to be hormone-dependent or hormonally mediated.”

Ladies, the reason you have breast cancer may be due to your diet of animal consumption which as you can see is loaded down with hormones. I just recently heard that a family friend’s breast cancer just returned and with a vengeance and the quacks had told her years ago that she was cancer-free. Why they tell cancer patients that lie, I will never know because once cancer is found, with the toxic treatments that U.S. quacks subject cancer patients to, that only further damages the patient’s immune system to the point whereas cancer is inevitably going to make a resurgence. PLEASE, STOP EATING MEAT!! I cannot stress this enough!!!! Look what’s in it!!!

The Most Revolutionary Act 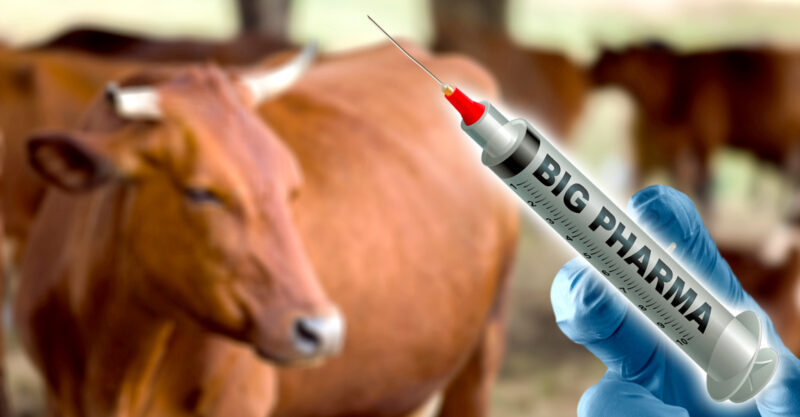 Many people know about the routine use of antibiotics in livestock production — and object to it.

The drugs are profitable to industrial meat producers because they cause animals to gain more weight with less feed and prevent the outbreak of disease in often cramped concentrated animal feeding operation conditions.

In 2017, the U.S. Food and Drug Administration (FDA) began regulatory measures to prevent the use of livestock antibiotics for growth purposes and recently finalized the guidance. Injudicious antibiotic use drives the development of antibiotic-resistant bacteria.

As the extent of antibiotic residues and antibiotic-resistant bacteria in meat has been revealed, there has been a public backlash against the drugs’ use, resulting in some meat producers labeling their products…