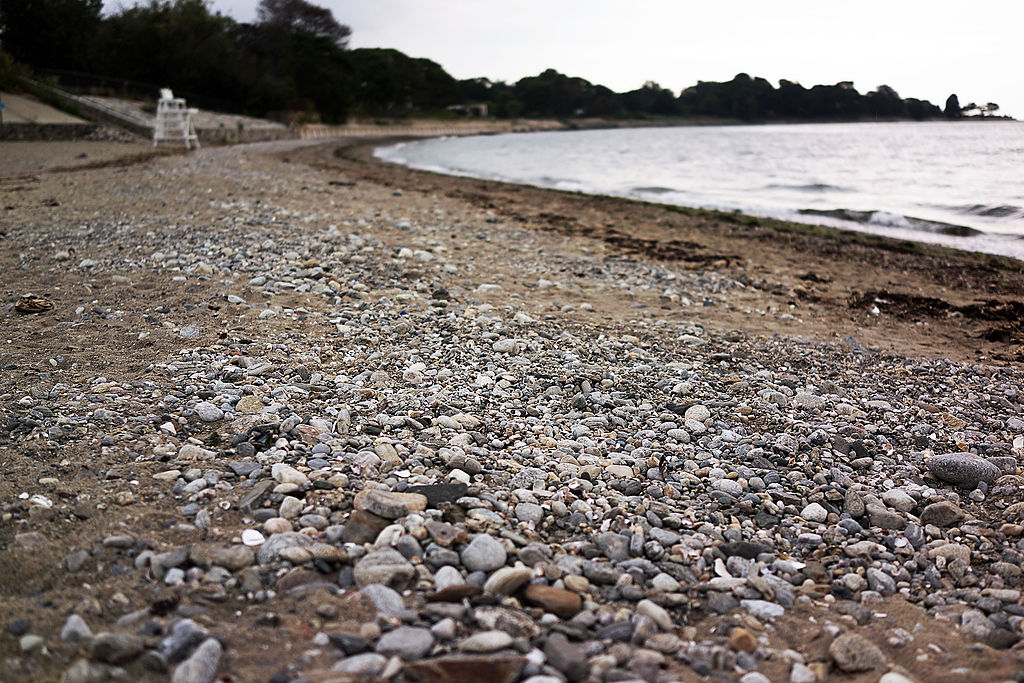 Why am I not surprised?

Racism Kept Connecticut’s Beaches White Up Through the 1970s

By bussing black kids from Hartford to the shore, Ned Coll took a stand against the bigotry of “armchair liberals”.

Lebert F. Lester II still remembers his first trip to the beach. It was the late 1970s, and he was 8 or 9 years old, the eighth in a family of 11 children from a poor and mostly African-American neighborhood in Hartford, Connecticut. The shore of Long Island Sound lay less than 40 miles away, but until that weekend Lester had only ever seen the ocean in books and on television.

[At the beach] Lester set to work building a sand castle, and he was soon joined by a young white girl who wanted to help. “I’m talking to her about how we’re going to do it, we’re working together, and I’m not sure how long it was, but I look up and I see a man—I guess it was her daddy—and he snatches her away,” remembers Lester, recently reached by phone at his Hartford barbershop. Reasoning that it was simply time for the girl to go home, he kept on building.

Then the girl came back. “She says I’m nice, why don’t I just go in the water and wash it off? I was so confused—I only figured out later she meant my complexion.”

It was his first experience with racism.

That’s a sad ass shame; a young boy’s first experience with racism happens at a beach, that for years, he and those who looked like him, couldn’t even enjoy. The color of his skin was and still is so hated by the whites that it kept Black people from being able to enjoy the beach. And it just goes to show that RACISM IS TAUGHT; IT IS TREATED LIKE A FAMILY HEIRLOOM OF THE WHITES, HANDED DOWN FROM GENERATION TO GENERATION. But y’all liberal motherfuckers claim to be woke! Shut the fuck up!!!!

You whites are still at it to this very day; picking and choosing who to drag over here and place over us, hence why illegal migrants are pouring over here and it is ALL by design. You sent the good paying jobs overseas that Black people used to do. You bring in the illegals to work for pennies on the dollar and they don’t even have legal papers and some piece of shit wants to sit on his lanai and talk about how these illegals are not illegals but are simply asylum seekers without papers. Where’s the asylum for my Black ass? I’m about to descend into homelessness while thousands of illegals are sitting up on MY tax dollars in Mid-Manhattan in $700 a night hotel suites. I’m sitting up in a third rate apartment, that damn near collapsed on me in July, continued to pay the rent and never missed a beat even throughout the plandemic, but I’m getting evicted and when I go over to the office to find out why, there’s a bunch of Mexicans applying for the apartments and getting APPROVED. But the armchair liberals want to kick up a fuss about some republicans sending illegals to Martha’s Vineyard, Washington, DC and Chicago, Illinois like that’s a bad thing. My Black ass can’t go to Martha’s Vineyard and yet some illegals were sent there by plane, dumped and then sent to a military base on Cape Cod. What the hell is going on? Meanwhile, Black people couldn’t even go to the beach, couldn’t swim in pools because the whites were so against Black people swimming in pools with them, they poured concrete in the pools to seal them up rather than be found swimming next to us. But now it is a big ass thing to drag illegals here and then when some state decides that they’ve had enough and send them to armchair liberals’ sanctuary cities, the armchair liberals get bent-out-of shape.

I’m about to get arrested on vagrancy charges for being homeless and hanging out while illegals are comfortably housed in seven hundred dollar a night Mid-Manhattan New York City hotel suites. Those ILLEGALS CHOSE TO COME HERE, my Black ass did NOT! And yet, the illegals are treated better than those of us who are descendants of those who were dragged here. My ancestors did NOT row up to the shores and illegally throw themselves on the shores of this shithole, they were dragged and for that, I’m the worst thing over here???!!! Are you whites fucking serious??!!! I am too fucking through!!