As a southerner, I am neither appalled nor am I outraged over what Bubba Dear has done. ‘Homegrown’ terrorists like Bubba Dear are a dime a dozen here in the land of the stupid and the afraid; better known to most of you as AmeriKKKa.

Bubba Dear is giving us Amerikkkans, a bad name and that is a fact. I mean, for goodness sake, we just finished gorging ourselves on dead turkeys and now Bubba Dear comes along and makes a mockery of our ‘thankfulness’ over this Thanksgiving weekend. What a way to finish out this “We are all thankful for your bounty and for your blessings Oh Lord God on high and as we celebrate how thankful we are to be with friends and family, we look forward to the holiness of Christmas and the Christ child’s virgin birth yada yada yada. Damn! I just gagged my own damn self over that pile of horseshit! But thankfully, there’s that word again, ‘thankful’, thankfully we’ve got Bubba Dear to remind us just how thankful we ought be. I mean, here he comes ‘a riding in on his big white steed….uh…I mean, in his pickup truck just a gunning fer those awful sinners down at the Planned Parenthood clinic and snakes alive, Bubba up and kills a pole-eesmun and he don’t even get hisself full of bullet holes; he ain’t shot so many daggone times that he’s a looking like Swiss cheese. And the cops even stopped long enough to give us a word on why Bubba Dear commenced to killing folks at the Planned Parenthood Clinic. He was, according to the cops, upset about fetal parts selling. Even though it weren’t no fetal body part of any of Bubba Dear’s inbred offspring, he was still all het up over it and since he had been reading that magazine called, Southern White Supremacy Terrorism”, well Bubba Dear just got all sorts of crazy ideas and since all of us in the south and evuhwhere else in AmeriKKKa got at least 25 guns, well, it weren’t no problem a’tall fer Bubba Dear to pick amongst his cache and get ta shooting.

We is all surprised like, ’cause this don’t happen in Amerikkka on a regular basis. We is too busy going on and on about dat dar ISIS, which us in the south thought was a goddess, but we is catching up with the rest of the world and even though “The South Will Rise Agin!” we gone see to it that fetal body parts don’t get sold. Bubba Dear was just doing his patriotic duty by protecting ALL Amerikkkans agin the gubmint law that states that wimmins has the rights to kill bābeez! Now, don’t mine Bubba Dear’s lack of an edumacasion and the fact that Bubba Dear considers hisself ta be filled with the supremes ’cause he feels that he is supreme to Black folks. I’m gonna keep this clean and it is real hard ta do so since I just cum from a Klan meeting muself. I dressed in ‘white’ face ’cause I’m doing an article on ‘White Supreme Groups Who’s Who’. I must say that I certainly appreciate Bubba Dear here ‘outing’ hisself in ‘Who’s Who’ so’s I can check him off muh list since he is gonna be incarcerated fer a few days. Just long enough fer his comrade terrorists to ‘Go Fund’ him some bale monies. Don’t mine muh spelling. We ain’t too brite down here. Hell! Y’all see how Bubba Dear was living. He weren’t never one fer food stamps seeing as how dat dar is a gubmint run program and terrorists like Bubba Dear is agin a’seeking help especially since he said that Obama was gone personally brung him his food stamps if’n he applied fer dem. He said, “I ain’t abowt ta haf no nigger cum to my hawse and hand me no goddamn food stamps. I’d just as soon as hunt fer berries and shoot me a possum or two.”

But now that Bubba Dear has committed this heinous crime dat he don’t think is a crime, he’s gonna get fed by the very gubmint he was hell bent on being non-compliant to. Ain’t that something? Now, I gots to tell Bubba Dear’s homeys that he ain’t gonna be home fer supper tuhnight ’cause he’s  a dining in the big hawse. Dey should a told Bubba Dear to hold off of doing dat at least til after the Thanksgiving holeeday.

I want to say in closing that we is all thankful that Bubba Dear was cawt and dat he is where he belongs. However, please to consider that Bubba edumacated hisself and the only book dat he had was ‘See Dick Run’. Now, can you at least sympathize with the fact that his brain potential was nevuh fully realized? Can you come to terms with the fact that Bubba Dear thought that he was supreme? Unfortunately, dare are many mo Bubba Dears out dare and dey is gonna go off on a rampage and keel some folks.  Dey is worse den ISIS! So wave a webel flag for Bubba Dear tuhnight and say it wif me, “The Sawth Weel Rize Agin! Stop the selling of fetul bawdee pawts!” Now, ain’t we all ‘thankful’? 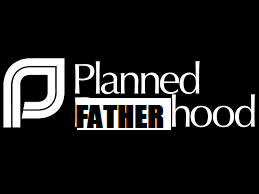 I am going to be a mother
but I am just too young.
The father of my child
just stung me with his tongue.

He told me it was my fault.
Protection was for me to use.
How can I tell my family?
Their love for me, I’ll lose.

Oh where can I turn?
What help is there for me?
I heard about Planned Parenthood,
but will they help me out for free?

What services do they offer?
Should I seek advice from them?
Will they blame me for this shame?
Am I the guilty or the victim?

Answers, I need now
before it is too late.
The man can walk away
and leave me in this state.

Where’s the judgment on his ass?
What about Planned Fatherhood?
It takes two to make a baby!
That should be clearly understood!

I am getting real tired of this double standard bullshit! It would seem that Planned Parenthood is all about the ‘female’ role in the making of a baby because the female is the one whose life is going to be turned upside down no matter what she decides to do with the baby. If she decides to have the baby and she is either underage or single, she is going to have to figure out what to do and society will look at her as the slut who couldn’t keep her legs closed while the man who had a hand in this, as usual, gets to strut away like a peacock, on to the next.

Yep, that about covers the ‘christians’ view of an unwed mother-to-be. Nothing whatsoever is said about the ‘father’ who most definitely had a hand in the reason why the female is pregnant. No one is planning to defund ‘Planned Fatherhood’ because in reality, ‘Planned Parenthood’ is all about the ‘female’ in the equation and don’t we ALL know it. Planned PARENTHOOD, my ass! Planned MOTHERHOOD is what it’s ALL about!

Oh, there are probably some pamphlets about the ‘male’s role in conception’ in the offices of Planned Parenthood, sitting somewhere collecting dust on a shelf in the basement, but the primary focus is on care for the female if she decides to carry the child to full-term or with help in aborting the ‘fetus’.

And now, we have many a republican blow-hard threatening government shut-downs over defunding Planned Parenthood, but would the same hell-raising antics be displayed if this was all over an agency called, ‘Planned Fatherhood’ where the male’s reproductive role is the primary focus? Of course not! Those hypocritical conservative bastards would sit the fuck down and shut the fuck up! But women’s rights and agencies that help women with regards to reproduction is always up for grabs and great for capturing headlines and getting the so-called ‘christian right’ all up-in-arms.

Here is an idea republican blow-hards, if you want to stop getting all hypocritically bent-out-of-shape over Planned Parenthood, fetal parts selling, abortions and whatnot, then announce the launch of an historically new concept; that of Planned Fatherhood, placing the emphasis on male contraceptives, male sterilization and male education on birth control and the consequences of going without it. Let’s see how many men line up and head through the doors to take responsibility for their role in the creation of life. Because in here, men don’t get a goddamn free pass, not a bit of it!

Not one man is featured on this site. As usual, contraception or birth control is ALWAYS aimed at the female. Women have come SO far in the year of no lord 2015!

And now that we are all distracted from the REAL issues of child poverty, a school-to-prison pipeline, mass incarceration, a fucked up infrastructure, failed leadership, partisan politics, drone wars, refugee crises caused by U.S., police brutality, Mid East policy fuck-ups, a homeless epidemic, income inequality, low-wage part-time jobs, a shrinking jobs base and a host of other serious issues, we can continue to rail over the funding of Planned Parenthood and over whether or not Kim Davis is right or wrong in her attempts to deny marriage licenses to gays. Meanwhile, Rome burns.