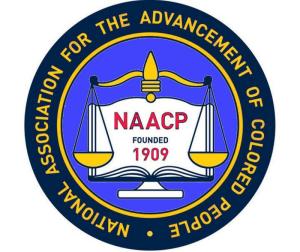 Talk about egg in the face, the NAACP is plastered with egg. So, those sell-outs were about to give Donald Sterling a Lifetime Achievement Award for racism. The NAACP now embraces racism and slavery, bowing and scraping to “Massa, yes sir.” Yes, Massa, we at the NAACP love you no matter how racist you are. We appreciate the bone that you toss to us and to show our appreciation for that bone, here’s a Lifetime Achievement Award for being a bone-tossing stomp down racist piece of shit that we just love so much because you feed our coffers since our membership drives just don’t pad the pockets of our executives like we want and need them to.

The NAACP is located on Mt. Hope Drive in Baltimore, MD and the city of Baltimore is experiencing, well…read it for yourself.

One in four people in Baltimore, MD live below the poverty line.

Since the NAACP is headquartered in Baltimore, MD, this doesn’t make any sense. Surely the NAACP could have done something about abject poverty in distressed neighborhoods all across Baltimore. Surely?

The U.S. census bureau estimates that 20 percent of Baltimore’s children are impoverished.

So, what has the NAACP been doing to alleviate this? I’ll tell you! Not a goddamn thing because the NAACP has been busy hosting Black Image Awards for the Black whores and slaves in Hollywood, holding them up as a shining example for what those poverty stricken Black folks in Baltimore should strive for.

One in four households in Baltimore, MD receive food stamps.

What has the NAACP done about that? Proceeded to put on another performance for Massa and invite him to receive a Lifetime Achievement Award for racism because that’s how you advance colored people up out of needing food stamps.

83 percent of Baltimore’s children are so poor that they qualify for free or reduced school lunch.

EIGHTY-THREE percent! Where is the NAACP? Is the NAACP really headquartered in Baltimore? Because with these statistics, I wouldn’t want to acknowledge that as fact because that would mean that this agency is not advancing ‘colored people’. Oh, that’s right! It doesn’t have to because people ain’t called ‘colored’ anymore. So, my bad! I guess that absolves the NAACP from doing what it was originally founded to do.

Government agencies estimate that as many as one in 10 of the city’s residents are addicted to the drug.

The U.S. Drug Enforcement Agency says the city has the highest per capita heroin addiction rate in the country. Estimates of the total number of addicts in the city vary, but experts agree it’s staggering.
In a city of 645,000, the Baltimore Department of Health estimates there are 60,000 drug addicts, with as many as 48,000 of them hooked on heroin. A federal report released last month puts the number of heroin addicts alone at 60,000.
The problem in the city is so acute that the federal government has designated Baltimore part of what it calls a High Intensity Drug Trafficking Area.

Huh? For real? But, but, but, the NAACP is there to advance the ‘colored people’. Oh NAACP, Baltimore’s drug addicted could use some advancement all up out of drug addiction. Are you still in business NAACP? Or are you just in the business of handing out Lifetime Achievement Awards to racist slave owners of the NBA? Yep, that would be the NAACP’s agenda.

Lack of bathrooms poses problems for homeless in Baltimore, MD.

Baltimore City officials are looking into whether the city gets its money’s worth in the effort to end homelessness as evidenced by conditions outside City Hall.
The problem is hard to miss at City Hall, where on a bench out front, a man lay sleeping Wednesday morning and the stench coming from the plaza was unmistakable. Human feces lay in plain view.

Here’s an idea. So, why hasn’t the NAACP stepped in and at least provided port-a-pots for the homeless people because everyone needs to use the restroom, homeless or not? With all the corporate money flowing into the coffers of the NAACP to advance ‘colored people’, surely they could come up off some money to help the city with the human feces problem resulting from over 4,000 homeless people in Baltimore on any given night?

In 2009, there were 20,085 occasions on which people were refused shelter in Baltimore City due to lack of space or funds.

Did the NAACP step in with its vast resources and take up the slack? That would be a resounding, “NO!”

Of the sheltered population, 34% were women and almost a third of them had children in the shelters.

Now, this is just absolutely disgraceful! Women with children in shelters and the National Association for the Advancement of Colored People is headquartered on Mt. HOPE Drive doing not a goddamn thing to help! Unfortunately, with what the NAACP stands for these days, it ain’t much HOPE for the people who are fucked up and who are so desperately in need of help while the NAACP is focused on handing out Lifetime Achievement Awards to racist slave owners.

Uh…Cliven Bundy! You’re up next to receive a Lifetime Achievement Award awarded to you for your outstanding record on racist comments that were just taken out of context because what you really meant to say was that you would give these poverty stricken, drug addicted, free lunch eating, food stamp needing, homeless Black folks in Baltimore, MD, a job where they could get back into family oriented way of slave life because THAT’S the life! Here he is, NAACP, National Association for the Advancement of Colored People, Cliven Bundy, awaiting his invitation to come and get his Lifetime Achievement Award from you on a job well done in promoting the ‘advancement’ of colored people who should still be slaves and who quite actually, are!

I lived in Baltimore City for quite a few years and the horrors that I witnessed will never leave me. Baltimore has a majority Black population. The societal ills of that city was just outrageous. The drug epidemic was off the charts as was crime, gang activity, homicides, prostitution, drop-out rates, poverty and homelessness. I could not believe that the NAACP was actually headquartered in that city as there was no evidence that this organization was doing anything at all to attempt to alleviate any of the horrors that disenfranchised Baltimoreans were struggling with. The NAACP has in recent years, been all about status and not about relieving static conditions that are tearing entire communities apart. The organization has pulled away from its roots and is no longer even attempting to put the advancement of the Black person as its number one agenda. The NAACP now stands for The National Association for Corporate Coons. Its new mission statement is, “We bow to our corporate owners and look to pad our coffers from the corporate slave owners who will treat us well as long as we know our place and respectfully do their bidding. We will make it our business to reward slave holders or slave owners, racist as they may be because we need their money. We covet and we covet big time and mere membership dues don’t cut it. To all of our corporate sponsors, thank you Massa sir and let me lick your boots clean for you! It’s an honor and a privilege, bootlicking suck ass house slaves that we are!”

“We at the NAACP are doing our part to alleviate the issues of poverty, racism, disenfranchisement, drug addiction, gang violence, crime, prostitution, homelessness, the school-to-prison pipeline, high school drop-out rates, poverty and hopelessness in Black communities all across America by giving Lifetime Achievement Awards to racist filth! Black inner city youth, grow up so that you can play basketball for this racist filth that earned a Lifetime Achievement Award from the National Association for the Advancement of Corporate Coons. That’s your way out of the ‘hood’. Take Massa’s bone, that’s what we did!”