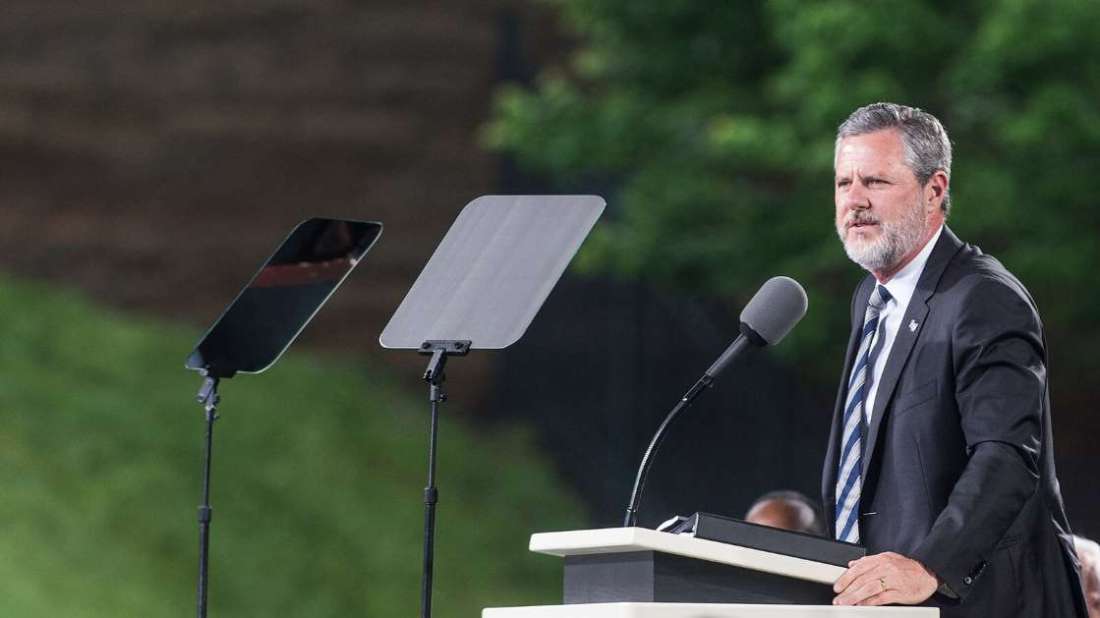 Well at least I don’t think his pants are unzipped and he’s drinking liquor in THIS picture. Of course I could be wrong since I can’t see his pants or his other hand. LMAO!

Jerry Falwell Jr., is acting just like ‘christians’ act. I mean, christians are some of the BIGGEST hypocrites on this planet and so it should be no wonder that Jr., would think nothing of posting a picture with his pants unzipped and his arm around a female who is not his wife whose pants are also unzipped. I mean, when I was FORCED to attend christian churches as a child, that was ALL the rage. The pastor was known for chasing after EVERY skirt in the church. In fact, only one female usher left the church because she had some qualms about being pursued by a MARRIED pastor while the rest just thought that they were being favored by the pastor. But as usual, I digress. Let’s take a look at what Jerry Falwell Jr., has been up to lately. I mean, the last time I posted about Jr., he was stating that he was going to only wear a face mask if it had a picture of a KKK outfit or was sporting ‘Black’ face.

And if “Peggy Bundy” here doesn’t have a problem with it, then why should we? They are both consenting adults and adultery and unzipped pants are only a sin if the spouses of either party have a problem with it and it would seem to be the case whereas they don’t. I mean, they were all on a yacht together and so, who knows? Jrs’ wife could have been sharing ‘cock’tails with ‘Peggy Bundy’s’ husband since Falwell Jr., stated that “Peggy Bundy” is pregnant. But, the plot thickens, along with “Peggy Bundy’s’ waistline as to who the father is. With both “Bundy’s” pants unzipped and Falwell’s pants unzipped, this doesn’t mean that an episode of this type hasn’t happened before. If I were the spouse of “Peggy Bundy,” I would DEMAND a DNA test. I’d not spend one dime on that baby if it weren’t mine. Now that would be, dare I say, a “SIN?”

But what shocks me is this!

Jerry Falwell Jr., one of President Trump’s most prominent and controversial evangelical supporters, will take an indefinite leave of absence from his role as president and chancellor of Liberty University, the board of trustees announced on Friday.

But get this! The board of trustees ASKED Jerry Falwell Jr., if he would kindly step down and take a leave of absence and so if he had said, “NO!,” then I guess, that would have been that. But make no mistake, Jerry Falwell Jr., has stepped down, my ass! He still runs this shithole burg and that christian conservative, hypocritical shit, Liberty University. Jerry Falwell Jr., is still giving the orders and no one in Lynchburg is in any doubt of that. In fact, has anyone heard a peep out of Jonathan Falwell, Jerry Falwell Jrs’ brother? Hell no! And you won’t! And he’s the pastor of the Falwell’s church. You’d think he’d step up to the plate and denounce the shenanigans of his brother. But since he is a punk who allows himself to be pushed around by Jerry Jr., since Jerry Jr., holds the purse strings, Jonathan had better keep his mouth shut unless he is in the pulpit raining fire and brimstone down on his congregants; everyone except for Jerry Falwell Jr., that is.

Jerry Falwell Jr. has promised to be a ‘good boy’ from here on out. Yeah! I believe that!

The influential evangelical leader said in a slurred voice, “I’ve apologized to everybody and I promised my kids, I’m gonna try to be a good boy from here on out.” – Jerry Falwell Jr.

So we know that what Falwell Jr., called “black liquid” in his glass, must have contained something that renders speech, slurred. And Falwell’s mind is never truly off ‘black’ for some reason. I wonder why. “Black face,” “black liquid,” what the hell??!!

I guess this little shithole burg is destined to hit the news every now and then, what with Liberty University, Jerry Falwell Jrs’., antics, the petition to rename Lynchburg because its name has racist connotations, not to mention that this Lynchburg also shares the same name as that other Lynchburg; you know the one, it’s in Tennessee and is the home of Jack Daniels which I hear tell is made in Lynchburg, TN. In fact, my southern accent was so strong, that when I moved to Baltimore, MD, I was accused of being from Lynchburg, TN, not Lynchburg, VA. I got tired of correcting folks and just accepted that being mistaken for being from one Lynchburg was just as bad as being mistaken from the other.

But christians, I don’t want you to get any ideas that what Falwell Jr., did was unchristianlike and so I’ll leave you with a poem I wrote a few years back on ‘christians’.

Christianity And The Church 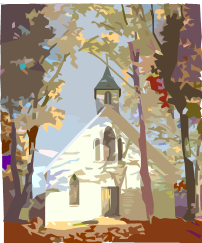 Well, it’s Sunday morning
and someone said to me,
“Why aren’t you in church
celebrating Christianity?”

I sat and thought a spell,
and I poured myself a drink.
I said, “Church ain’t about love,
It’s got less than what you think.

Christianity and the church,
thanks to man are now obscene.
How can the Lord’s work
get done by those who are unclean?

The Reverend, just last night,
pinched me on my ass!
And a married man he is,
but he pinched me, bold as brass.

Guess where the married deacon was,
and I’ll give you a little hint.
He was on his knees all night,
giving head to a well-hung gent.

Now, I’m not one to judge
and I sin and come up short,
but church folk revile the devil,
when with him, they do cavort.

No, I’ll not be sitting in church
with those good ole Christian folk.
Just a taking in a scripture or two,
’cause it’s all just one big joke.

Now let me tell you something,
drive by the local motel,
on any Saturday night
and see the Christians reveling like hell.

Then come Sunday morning,
that’s when they’re all so pious and calm.
And then next Saturday night,
they ain’t thinking ’bout the 23rd psalm.

Damn it if that ain’t the ‘christians’! 😭😭😭🤣🤣🤣 So what did Jerry Falwell Jr. do that the rest of you fake ass, holier than thou hypocrites don’t do??!! 😭😭😭🤣🤣🤣 And remember, I’ve seen you shameless shits in action, so don’t even bother trying to pull one over on me. It won’t work. LMAO!!!

That is MOST definitely, ‘christian’ like behavior!!! Falwell Jr., and “Peggy Bundy,” I think, make a wholesome ‘christian’ couple. LMAO! This is just TOO funny!