You can take down the flag
but what it stands for still remains.
We cannot eradicate a heritage
and wipe away its ugly stains.

In the hearts and minds of racists
lies hate that will never die.
That flag means much to them
as does the confederate battle cry.

The south IS the confederacy
and shall forever remain so.
And by taking down the flag
the hatred seed will grow.

If you’ve ever lived down south
then you know this to be true.
They never lost the war.
In their minds, they beat the Blue.

“The south will rise again!”
is still the battle cry.
Men of great position
don’t even wonder why.

We all know where we stand
and nothing much has changed.
By taking down the flag,
hate will not be constrained!

Yes, you can take down the confederate flag that flies atop the state capitol building in South Carolina. And Wal-Mart, Target and Amazon can discontinue selling it, but for all the good it will do, why bother? The confederate flag will still be available online and to anyone that wants to purchase one or two or three or 15,000. What you cannot take down or take away is the mindset of someone that is infested with irrational hatred. Those southerners that cling to the confederate flag, cling to it with the fierceness of a mother clinging to her child in a raging storm. Those people think that it is a disservice to their ancestors that died fighting for what they believed in; as atrocious, vile, disgusting, barbaric and filthy as it was, they consider the confederate flag as part of their rightful heritage. They don’t see what Black people see when we look at that flag. 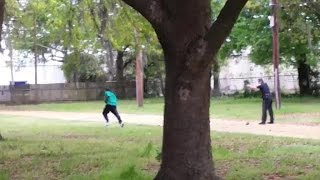