Nothing like ‘good’ news about how capitalism and our government works for the ‘good’ of the people in times of crises, right?

‘This system is doomed’: Doctors, nurses sound off in NBC News Coronavirus study

The N95 mask filters out airborne particulates and aerosols, and the Food and Drug Administration advises that neither N-95 masks, nor surgical masks, should be used more than once.

But in response to growing shortages of PPE, the Centers for Disease Control and Prevention has loosened its guidelines on proper use and reuse of masks. On Thursday, the agency advised that bandanas and scarves could be used by healthcare workers in place of a mask as a last resort.

Bandanas and scarves? The supposedly richest country on the planet has nurses on the front lines of coronavirus crisis using bandanas and scarves to protect themselves from the ravages of coronavirus as they take care of coronavirus patients? Seriously???!!! Capitalism at its finest. Meanwhile, the asswipes that kept this virus hush hush are still trying to protect capitalism and ONLY capitalism at the expense of the Amerikkkan people. Doesn’t this just give you a warm and cozy feeling inside to know that your lord and savior, racist-in-chief, Donald Trump is busy protecting his buddies on Wall Street along with his many ‘businesses’ and that of his family while throwing your asses under the bus; those of you who voted for him, that is? And millions upon millions of racist whites, did indeed, vote for this piece of racist filth that is making sure that this virus rages out-of-control thanks to Trump firing the entire PANDEMIC AGENCY that was put into play by his predecessor and since his predecessor was Barack Obama, well there you go!

Meanwhile, an ER nurse was exposed to coronavirus, has the symptoms, but cannot get tested. Ain’t capitalism grand?

An ER nurse told us she was exposed to the coronavirus and has symptoms but still can’t get tested , and it highlights both America’s crippling inequality and its broken health care system

So Amerikkkans, still feeling all that ‘exceptionalism’ that you bought, hook, line and sinker? How does it feel to finally get what you’ve always wanted? Unrelenting capitalism whereas those YOU elected could care less about you coming down with this virus because if they did, do you think that nurses would have to beg to be tested even AFTER they have come into contact with a coronavirus positive patient? And who the hell knows how many people are walking around with this virus since “testing across the US has been messy and inconsistent due to delays from the FEDERAL GOVERNMENT IN APPROVING AND DELIVERING MATERIALS?” What great logistics we have here, don’t you think?

And many ‘experts’ claim that the CAPITALISM STATES OF AMERIKKKA is unprepared for this pandemic. What? Naw….who would have thought? The experts are comparing Italy’s health system infrastructure to that of this shithole’s and this shithole’s health system’s infrastructure is coming up appallingly short since in Italy  there are more hospital beds per 1,000 people than the United States–which could signal a lack of preparedness in the US, according to commentary published this week in the New England Journal of Medicine. “Though Italy’s health system is highly regarded and has 3.2 hospital beds per 1,000 people (as compared with 2.8 in the United States), it has been impossible to meet the needs of so many critically ill patients simultaneously,” Dr. Lisa Rosenbaum, a cardiologist at Brigham and Women’s Hospital in Boston. But the experts are still trying to figure out why Italy’s coronavirus rates are so high. Well keep at it, you’ll eventually figure it out.

Meanwhile, even Russia is doing better than this shithole in mitigating the number of coronavirus cases. In fact, Russia has a handle on their coronavirus cases and the numbers of infected are dwindling daily while the numbers here in the states are accelerating at an even greater pace, but then Russia began to take proactive steps as early as January while this shithole’s leaders were busy trying to attack Iran instead of testing those who were coming to this shithole carrying coronavirus. It is just appalling that in a time of crisis, this shithole was still trying to go to war with Iran simply because Iran’s defenses are low as they battle coronavirus with little to no aid thanks to sanctions put into play against them by this shithole. If there is any consolation to what Iran’s people are dealing with, then it is the fact that this shithole’s population is not faring any better than those in Iran. So to any Iranians out there, at least know that while this shithole was trying to attack and bomb you into last century, these shits over here were about to get bombarded with coronavirus as well, and they have.

And you stupid Amerikkkan shits are sitting somewhere wondering why there is no coordinated response for this virus coming from those who are in charge? Are you serious? They are still trying to wage war and protect CAPITALISM. When will you stupid, racist Amerikkkans ever get it through your thick, brainless skulls that your so-called, ‘leaders’, don’t give a shit about any of us because if they did, wouldn’t it show? But does it? Yes indeed, you ALL know the answer to that and while they try and hash out some trillion dollar stimulus package, your rent is about to become due for next month and yet, you have to sit at home alongside your children since you cannot head to your jobs nor can the kiddies go to daycare because this shithole was concentrating on starting a war against Iran and was not even thinking about implementing coronavirus protocols that could have mitigated its impact on this shithole. You think about that shit while you’re sitting at home listening to some shit that you’ve got Alexa playing to keep you distracted from the reality of how fucked you are, stimulus package or not because that stimulus package is going to aid corporations, not our broke asses.

You wanted CAPITALISM. You got it! How well is that working out for you? Get back to me on that. Rome is burning and I for one, am glad!

And As Rome Did Fall From Grace!

Steeped in melancholia
and adorned in robes of sorrow,
I walk among the wretched.
They will be dead before tomorrow.

Bleached bones lie in the sand,
stripped bare of any flesh
as they prepare to turn to dust
and are blown away like ash.

Alone, I stand and look
upon the dry and barren plains.
And I shrug and walk away
from what used to be fruited plains.

An empire meets its fate
just like in days of old
And as Rome did fall from grace,
America’s future was foretold.

But yet Americans still cannot come to terms with the fact that their Disney vacations have been cut short. This is just how stupid and entitled the WHITE Amerikkkans in this shithole are to sit somewhere and post a video of them acting out a Disney vacation. I just throw my goddamn hands up! 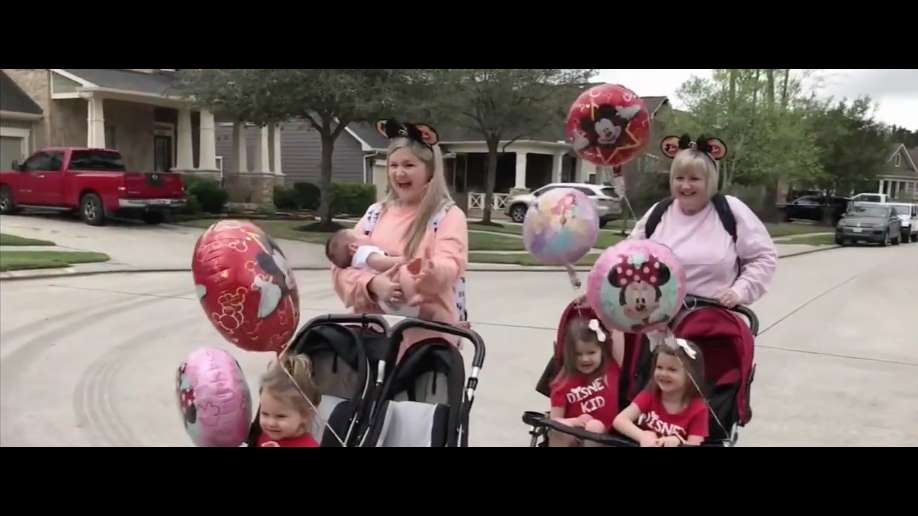 Even as all hell breaks loose, the fun and games MUST continue. Fun and games and fake ass fantasy, that is the essence of Amerikkka. For the love of !!!!!!!