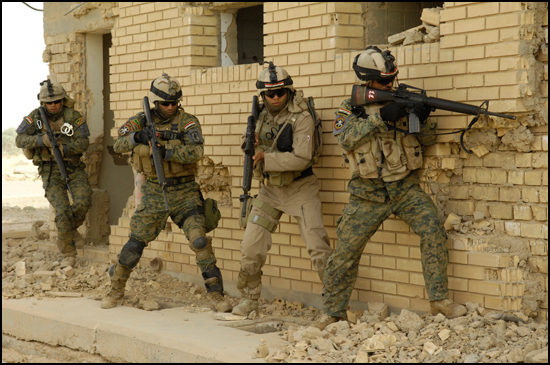 You may be able to kill the messenger,
but his message will live on.
When the masses finally awaken,
there will be a brand new dawn.

For some, hope has all but fled.
They see no way to win.
Victory looks too far away
and fear is in the hearts of men.

Throw off your yoke of oppression.
Those who keep you towing the line
are the ones who send you off to war
while they sit back and wine and dine.

Take a minute and ask yourself,
“What the hell am I fighting for?”
Now, look into your baby’s eyes
and put down those weapons of war!

If you cannot kill your daughter or your son, then how can you kill someone elses? The same love and pride that you feel when you look at your own children, another mother and father across the seas is looking at their children in the exact same way. They just speak a different language when they tell their children how much they love them. Killing someone elses child should be just like killing your own. You couldn’t do it! Again, let the warhawks and the warmongers fight their own battles. You have no dog in that fight!

5 thoughts on “Put Down Those Weapons Of War!”