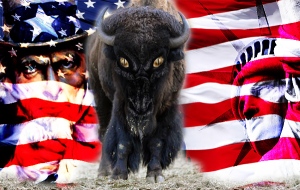 She has a soul as black as coal.

And even in twilight, she is midnight.

She has a smell like the stench of hell.

And on the East that beast must feast!

She lays waste to a world that pays.

Her hunger is a never ending wonder.

She takes and never learns from her mistakes.

Such a beast is the vilest curse of peace!

3 thoughts on “The Beast Must Feast!”