A must read article from Margaret Kimberley, BAR editor and senior columnist

Donald Trump is certainly a motivator for white liberals. That group was quiescent when other presidents committed human rights abuses and war crimes, but they spring into action when Trump does something they don’t like.

But where is this level of outrage when black people are victimized by this system? Anti-black racism is the most prevalent and the most accepted of all prejudices and bigotries extant in the United States. The subjugation of black people through incarceration, police brutality, job discrimination and various forms of racial profiling are committed thousands of times every day around the country. Keeping black people literally in their physical place and preventing them from forming any political cohesion or movement building is the driving force behind law making and public policy.

All of the tactics that are part of the family separation protests can be used against the police, prosecutors, and judges who devastate black communities. Where is the online list of prosecutors whose misdeeds send innocent people to prison under draconian sentences or even to death row? Why not barricade courthouses and police precincts? The 1,000 police who kill every year in this country certainly deserve a list of shame in cyber space.

Liberal white Americans will latch onto almost any injustice that isn’t directed towards black people as a group. Non-black immigrants, LGBTQ individuals, or anyone else can have their grievances acted upon quickly. Gender-neutral restrooms appeared like magic overnight for the small transgender community while the numerous ways in which millions of black people are attacked go unaddressed.

Margaret Kimberley could not be more spot on!

But like she said in her article, ICE (Immigration and Custom Enforcement) offices have been blockaded,  ICE employees ‘outed’ online, presidential employees chased out of restaurants by angry ‘white’ people but why haven’t prosecutors been ‘outed’ online whose misdeeds send innocent people to prison under draconian sentences or even to death row? Why not barricade courthouses and police precincts? The 1,000 police who kill every year in this country certainly deserve a list of shame in cyber space. It is because of who they are killing; descendants of slaves. In the eyes of the ‘whites’, we are somewhere underneath a worm since why is it that every other group that gets fucked up because of them, receives their support, at the same time? 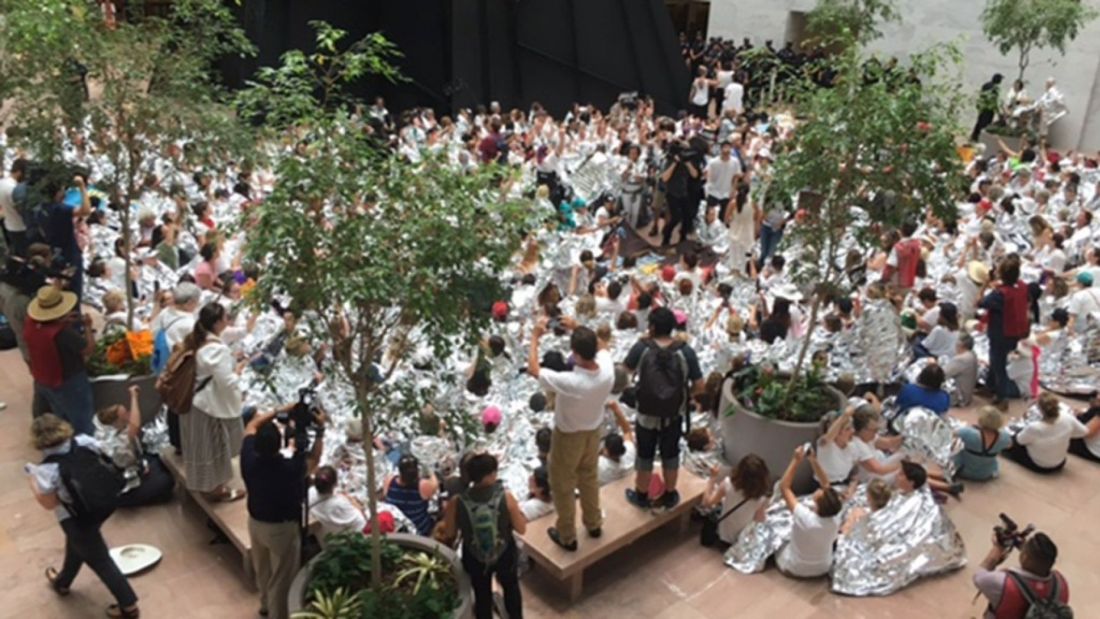 And oh how horrible! You went and got yourselves arrested. It’s not as if you’re ‘BLACK’ or anything and so, therefore, a natural born criminal, who upon getting arrested for breathing while Black, usually gets fucked up! But I am quite sure that nothing of the kind happened to you as they gently persuaded you into the back of a paddy wagon. No one was out to break your spine, as was the case with Freddie Gray, who like you, hadn’t done a goddamn thing to cause cops to break his spine. But you didn’t have to worry about that and you knew you had no worries. You’ve got ‘white privilege’ to see to it that the cops go easy on you. You were merely protesting what your own kind put into play to show that you’re nothing like them. You’ve got a heart and empathy and compassion. No, you don’t! You are just a fake-assed piece of hypocritical shit and you think you’re fooling the world that you’re worth something. You are just as worthless as those who put the laws on the books in the first damn place and those who enforce them because you are all one and the same; cut from the same cloth! You pretentious white, hypocritical shits are no different from Trump.

You are busy protesting the separation of migrant children from their parents because of a policy in force thanks to another worthless piece of dog shit that looks just like you, but at the same time, you have no problem with thousands of Black people getting shot dead in the streets, hundreds of thousands homeless thanks to gentrification, hundreds of thousands of Black children who are unwilling participants in a school-to-prison pipeline and the millions of Black men and women who quite actually are sitting behind bars for one reason; those Black people, those descendants of slaves are the shame that IS AmeriKKKa. We are to be gotten rid of as soon as possible in every way possible because we are a reminder of what this country truly stands for. We are a reminder of what you whites really are. Our presence reminds you each and every single day of the filth that you came from; the filth that is you!  We are an ‘in your face’ legacy of what you and this stolen nation represents; brutality, rape, pedophilia, molestation, whips, chains, shackles, torture, inhumanity, hate, racism, prejudice, slavery, Jim Crow, water cannons, lynchings, ‘Colored only’ signs, hatred, genocide, assimilation, a veritable cesspool of corruption, avarice, vice, greed and evil that is not even a rival for hell.

Muslims and those south of the border are welcome to your dubious help because they do not remind you of the rot you see in yourselves when you look at us. We are the reminder of the fact that you are rotten to your very core and irredeemable in every way. They don’t remind you of exactly what you are and you hate us for that. You hate us because we show the world just exactly what makes you tick; brutality, rape, pedophilia, molestation, whips, chains, shackles, torture, inhumanity, hate, racism, prejudice, slavery, Jim Crow, water cannons, lynchings, ‘Colored only’ signs, hatred, genocide, assimilation. And for that, we must die!

But know this, upon our death, you will never look any better! You are what you are and killing us won’t make you look humane, humanitarian, compassionate, kind, considerate or just; it makes you look like the diseased, depraved, parasitic filth you’ve always been and always will be. There is not a grain of good in any one of you! You’re ALL pure dead white filth, down to the very last one of you! Getting arrested doesn’t make you look any better. Displaying fake ass outrage won’t get it done! You have no options because whatever originally spawned your ass was the host of a disease against ‘humanity’ because ‘human’, you are not! Deal with it white motherfuckers! You are the spread of a disease that needs to be wiped out!

2 thoughts on “Freedom Rider: No Protest for Black People”